on November 01, 2018
This is one of those nice seasonal products that flies in under the radar while Instagram screams pumpkin. No, it's not going to get it's own display with a ginormous hand-drawn sign and it's not even special enough to get showcased at the free sample station. (Pro tip: make the sample station your first stop to stave off hanger and help you make better, theoretically less impulsive choices. :P) Or maybe it was at one time years ago but who cares because it's no longer new and "relevant." Such is the tempo of our age - here today "OMAI THE HOTTEST THING SINCE SLICED BREAD" and gone tomorrow, replaced by the newest hottest thing since sliced bread. 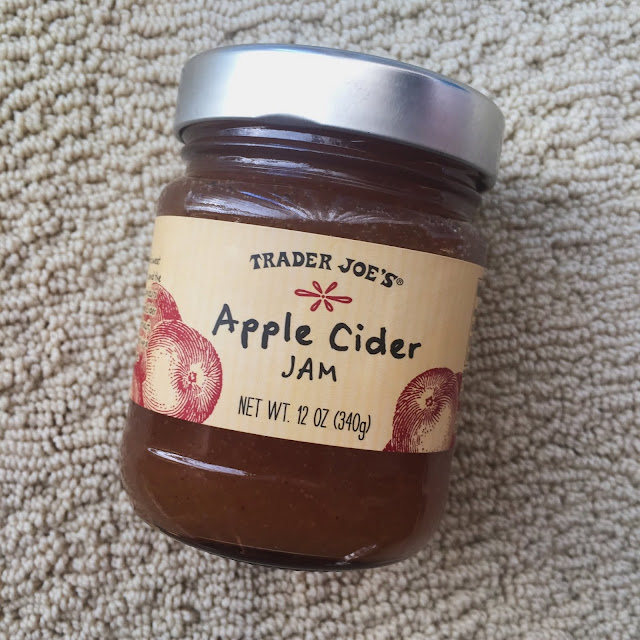 Finally picked this up after a few years ago of wondering whether or not I should. Mostly because I am not a jam person. I don't really spread jam on toast and I no longer eat peanut butter and jelly sandwiches. So what use do I have for jam? 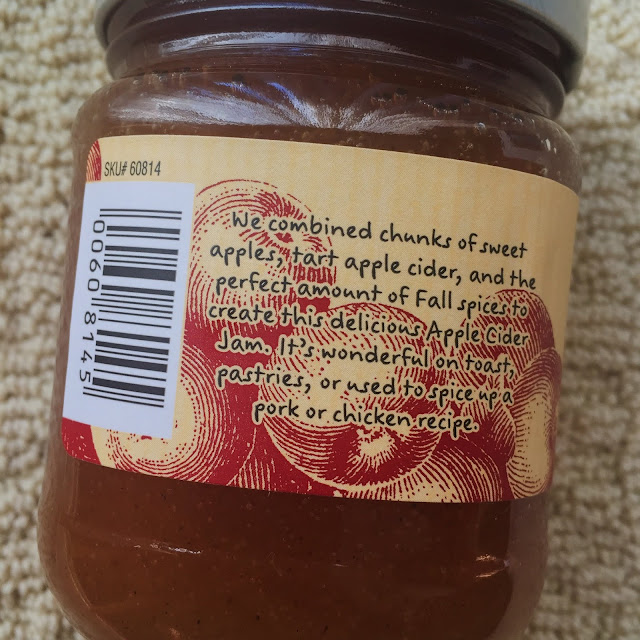 Doesn't matter. I decided I would use this on my current baking projects - bread and pastries. I don't understand the appeal of jam on pork or chicken, but apparently it's a thing. 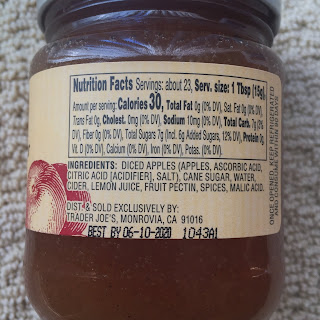 I love that the ingredients are fairly simple - apples, sugar, and the other stuff you would use if you were to make this yourself at home. 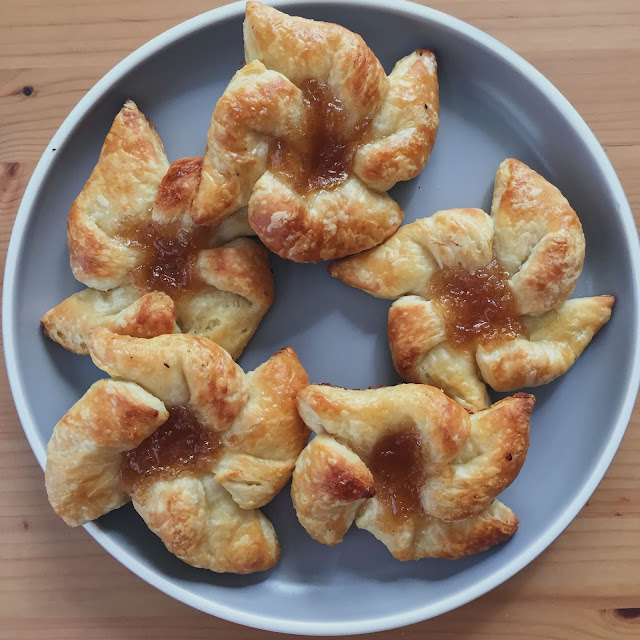 I've been baking my way through Ruby's book (highly recommend) and decided to make the apple cider jam the star of the Danish pastry. And oh my. It is good. Yes the pastry was good, but the jam. Oh man. You could use any old jam but this jam is so perfect for the season. It smells perfectly sweet and spiced, like the nostalgic smell of a farm with warm cider donuts. It's the exact aroma I wish the apple cider soap had been. It has just the right balance between sweetness and tartness with spice speckled throughout. The jam isn't entirely smooth but as it is a jam I don't expect it to be too smooth. The texture gives it a more homemade vibe. It doesn't jive with peanut butter very well in my opinion; I think it's because this apple cider jam demands to shine solo. Might I recommend it dolloped on a homemade Danish? So that when you have it out of the oven, the jam is warm and perfect with a buttery flaky pastry? You'll thank me later. Don't bother making your own pastry -use the Trader Joe's puff pastry.

$3.99 for a 12oz jar. I'd be hard-pressed to find a better quality jam in another supermarket at the same price. Get it while it's good. Plus the jar has liquid measurement markings, so you can totally wash and reuse it as any old jam jar. How hipster.

TL;DR: Trader Joe's Apple Cider Jam. Exactly what the product says. I only wish it were available year round and came in a bigger jar. 9 out of 10. Mantou Joe Repurchase? YES YES YES.
Condiments Grocery Must Try Seasonal Trader Joe's