on June 07, 2018
These days I can generally lump my TJ's purchases into one of three categories - staples and sustenance, new or must-try-for-the-blog, and favorites. Interestingly, I probably buy the fewest items from the favorites category, for myself at least. Favorites usually consist of dangerously delicious things that I'm probably better off not buying lest I finish the entire bag by myself in a matter of 48 hours. I'm trying to be a responsible adult some on most days. 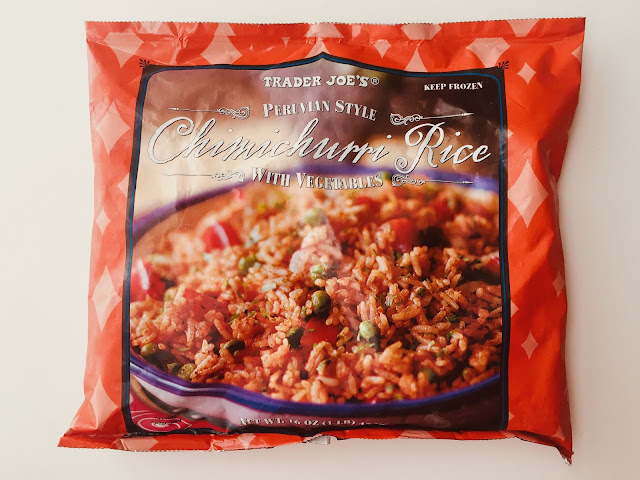 This is a relatively new product. Or maybe it isn't new and I just never paid attention to it. There's never a shortage of rice in my house thanks to my husband's monogamous love for white rice, and cooking rice really isn't that hard and doesn't take that much time (maybe about  the same time as an episode of The Office y'all). My friend recommended it, and I promised I would give it a try. 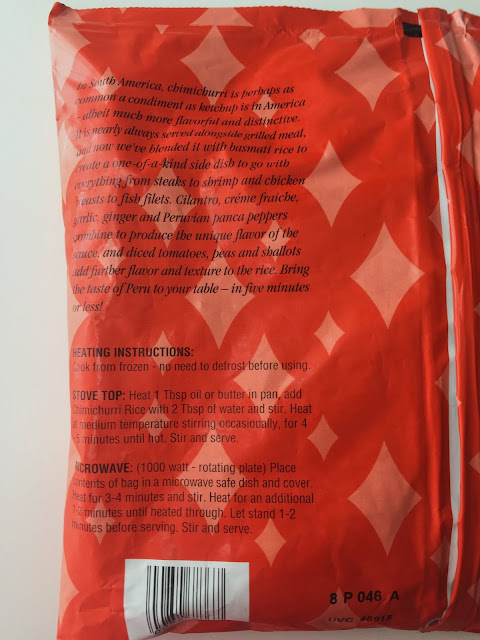 I don't eat much chimichurri sauce, but the idea of it in a rice sounds nice. I'm thinking something like the cilantro rice at Chipotle but fresher. On some level, it feels odd to compare a traditional food to its Americanized counterpart. But TJ's has said on the packaging that chimichurri is as common in South America as ketchup....soooooo some poor sleep deprived soul who didn't read might think that chimichurri sauce is the ketchup of South America. Not me but where's my caffeine? 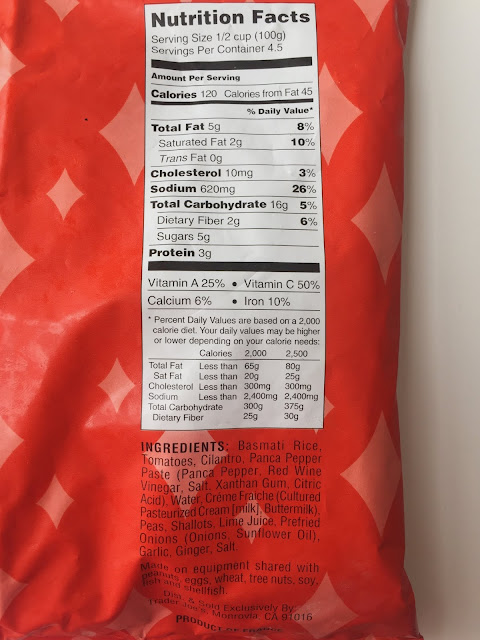 Crème fraiche in rice? I feel my insides churning already. 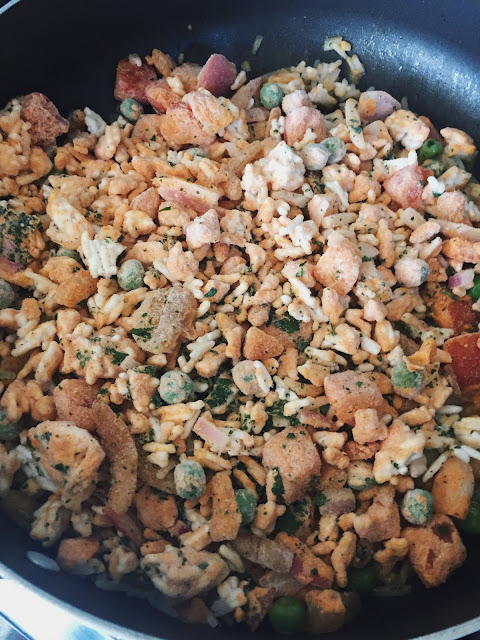 This. Is the beauty of almost every frozen TJ's food. Dump. Heat. Eat. 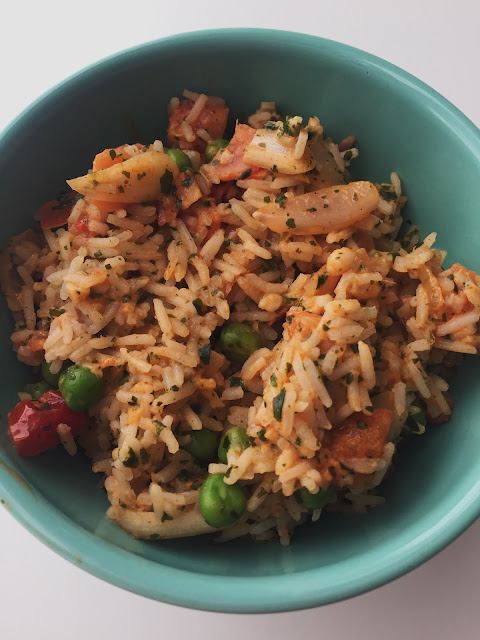 1) Serving size is on the slim side like many TJ's frozen foods. It says there's 4.5 servings in there, which means my concept of a serving size might be skewed. But I fit the entire contents of one bag in one Anthropologie latte bowl. I could probably eat the contents of the bag for 2 or 3 meals myself alongside some more protein and veg.

3) Otherwise, I liked everything else about the flavor. The cilantro lifts the whole dish and gives it a freshness (if you hate cilantro, you aren't going to like this). Couldn't taste the lime juice but it wasn't necessary TBH. The tomatoes add a nice acidity that is balanced by the creaminess from the crème fraiche, which adds this extra layer of comfort without being heavy. And there's a mild but noticeable kick from whatever panca pepper paste is.

I was pleasantly surprised that the flavor was actually pretty good. And of course, the sodium count is a bit high as with many prepared foods, so that would be my only reservation for repurchasing, but it's not as bad when you eat it with other stuff. $2.99 for a 16oz. bag of heat-and-eat, flavorful rice is aiite in my book.

TL;DR: Trader Joe's Peruvian Style Chimichurri Rice. A taste of fresh, comfort Peruvian -style rice. Ready to stake a place in your freezer. Mind the salt. 7 out of 10. Mantou Joe repurchase? Not when feeling health conscious.