on September 21, 2018
This product would be a FABULOUS example to test out the "try before you buy" policy at Trader Joe's. Really. I can try ANYTHING before buying? How about raw meat? Wine? Hydrolyzed collagen? Dog food? Because this product says "remove from plastic for instructions." And it pops off the cob? But also microwave...soooooo it can't be that novel. Should have requested an in-store try, but whatever, I plopped down $1.99 for the sake of my reader friends. You're welcome. :P 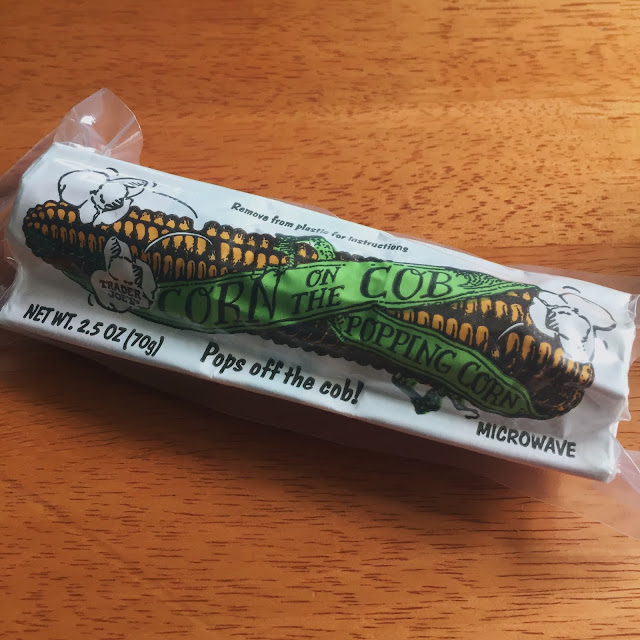 I am not one to refuse popcorn. Ever. Even if it's sweet. Unless it's coated in pumpkin spice. Stay away from my popcorn! (But if you're in the market for PSL popcorn, it's been spotted at Whole Paycheck) 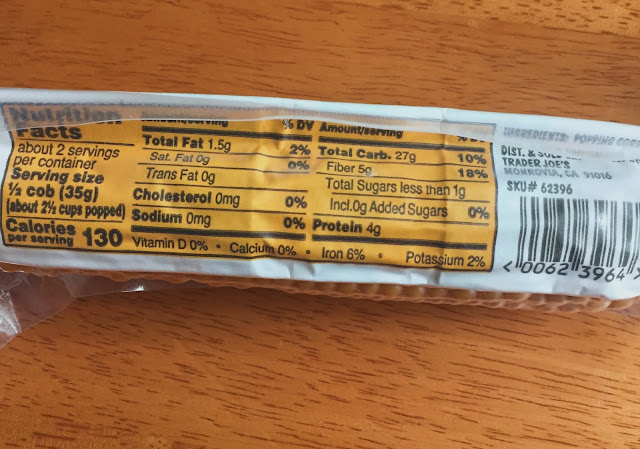 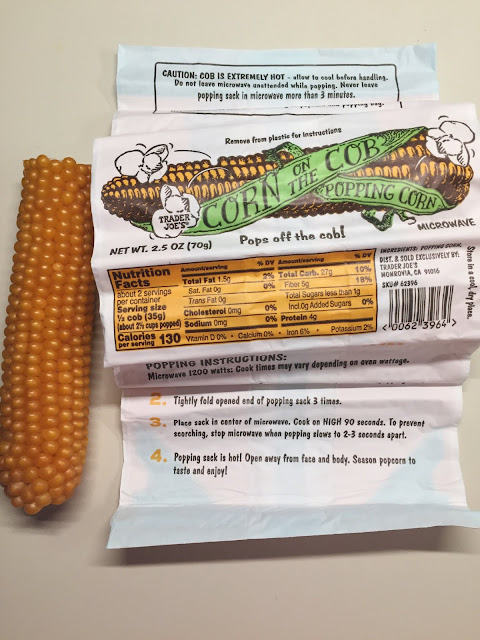 OH. It's a PAPER BAG. I should have known that because it's basically how I make my own lazy popcorn at home. But how are the kernels going to pop off the cob? 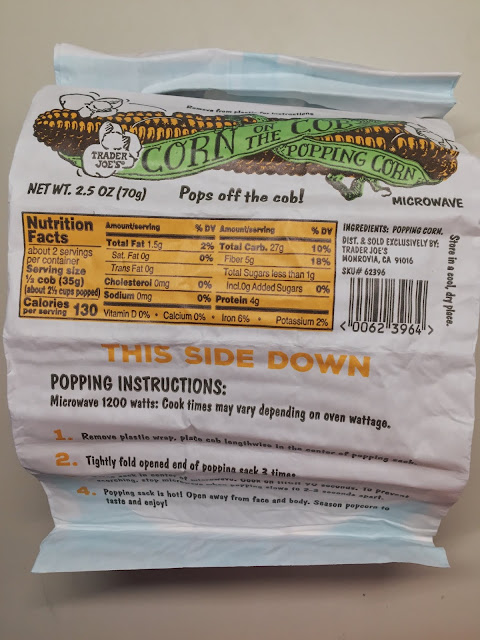 Put the cob in the bag, length wise. Like a hot dog to maximize the space in the bag - because the bag is too small to begin with! I used the suggested cook time on the package (90 seconds), even though I had a hunch it wouldn't be enough time for my microwave. 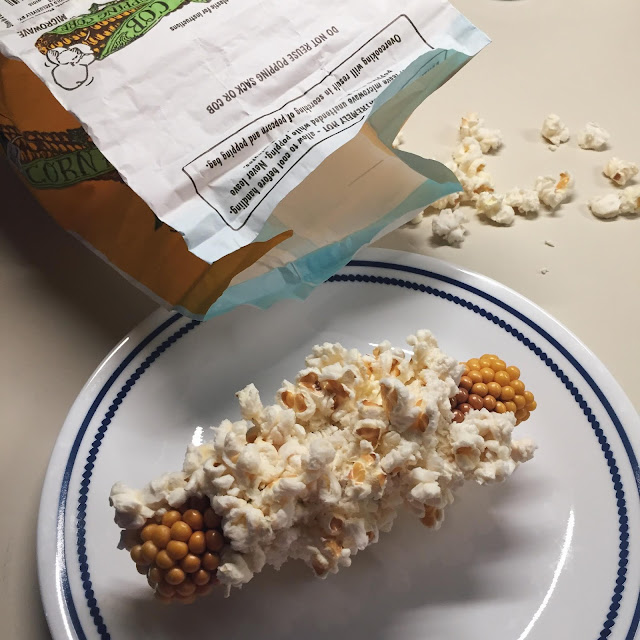 1) There was no way every kernel was going to get popped. The only time I've come close to getting that was when I popped it on the stove. But I didn't expect it to KABLAM look like a corn cob with its internal organs spilling out. Or like...plastered popcorn stuck on the cob. Did I even get close to popping half of the cob? Maybe?

2) The texture is interesting. Fresh but gritty. Fresh...but like the dried plaster stuff we used in my middle school 3D design class.

3) You have to flavor this popcorn yourself. Which I did with my go-to chile lime seasoning. But still...the flecks are too big to latch onto the popcorn kernels. Need popcorn salt or a spice grinder/food processor to grind my salt into smaller particles.

4) If the bag was bigger, maybe, this would be less of a gimmick. I'd rather repurchase the heirloom popcorn, which in hindsight tastes better than how I reviewed it, than repurchase this.

5) You can get a bag of organic popcorn kernels for $2.29 at TJ's and pop loads of popcorn to your hearts content at the fraction of the cost. Just sayin.

TL;DR: Trader Joe's Corn On the Cob Popping Corn. A corn cob wrapped in a too-small paper bag that will pop maybe half of the kernels on the cob if you're lucky. Some assembly required. Batteries, I mean salt and butter not included. 5 out of 10.
Healthy Snacks Trader Joe's