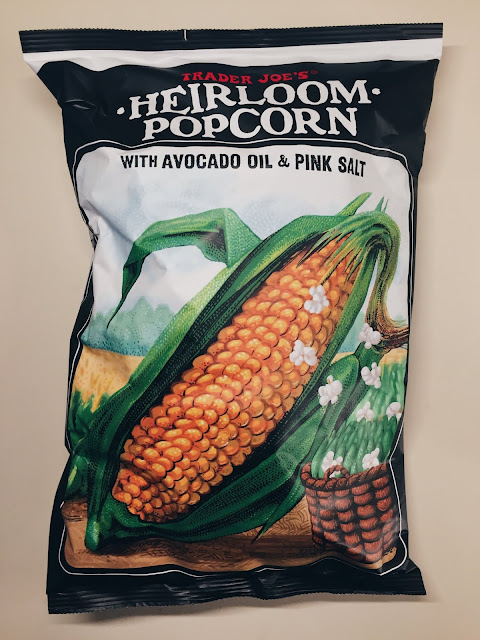 Happy Back-to-School for those of you in academia/joyously celebrating sending your kids back to school. Stay in school kids, because it will delay the onset of not being able to write meaningful discourses on...stuff...and not resorting to mere hashtags aka deterioration of the English language. New is useful, innovative, and catchy BUT NOT ALWAYS BETTER. 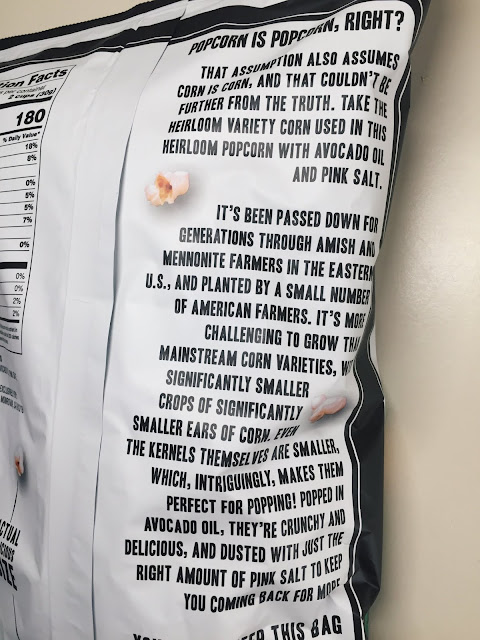 Can I say no to a [new] salty crunchy snack? No. Can I resist buzzwords that sell products? Depends. Does intriguing packaging cause my eyes to glaze over the bits of actually useful information (in this case: significantly smaller ears of corn. How did I miss that?) that might help me to make an informed decision? Oh my goodness...is this how we vote people into office in the 21st century?? 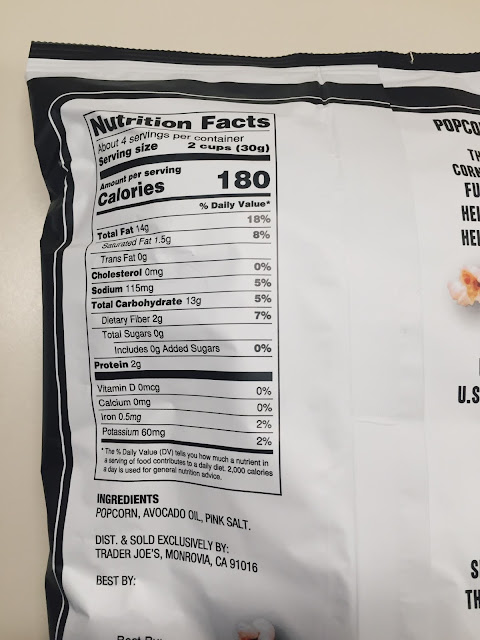 Simple ingredients = healthy! Healthy fat! Pink Himalayan salt (that is really better-for-you-for-reasons-I-can't-remember-why-but-my-health-conscious-coworker-went-on-a-ten-minute-rant-about-this-during-which-I-zoned-out-and-forgot-everything)! But not if you eat the entire bag by yourself. :P 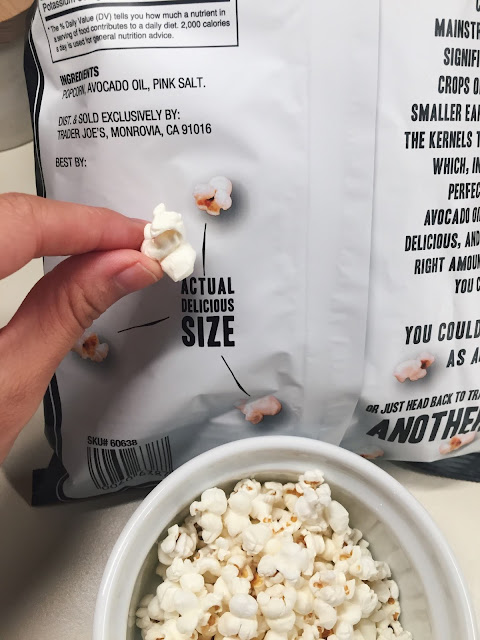 Have you guys ever seen famous people in person? Especially like people known to be on the petite side? You know how the camera adds 10 pounds? And then when you see them in person, you're like, "oh my they're so much smaller in person!" It's like that. This popcorn doesn't really look that small in the pictures, but in person, they are like half the size of an average-sized piece of popcorn. Like the dregs that broke and drifted to the bottom of the bag. 1. The bag is way smaller than all the other bagged popcorn at TJ's. Same price - $1.99 for less product. But it's a smaller, specialty crop with buzzwords - avocado oil and pink salt. I guess it's justified then.

2. "It tastes like nothing." - said a few snack savvy friends. It's a very natural, subtly flavored, simple tasting snack. Aka healthy. Just oil and salt. Not sure I'd be able to discern that it was special avo oil and special pink salt that was used, but if we want to believe that this stuff is somehow better for you for XYZ reasons, then fine.

3. The texture is nothing noteworthy but not horrible. Not super stale like the discontinued Bollywood popcorn. But not fresh like bagged popcorn. Just..y'know the texture of bagged popcorn, which only deteriorates once you open the bag, except since the kernels are smaller.

4. Because the kernels were smaller, I found myself having to shovel more of it in my mouth in order to taste something. Probably not a good habit. Also not particularly dignified, but whatever.

It's not a bad product. But it's not a great product either. There's definitely better. Repurchase? Nah.