on December 28, 2018
I tried to win this item in a snack-themed White Elephant exchange and failed. So yes, I made a trip out to TJ's just to pick this up. And a few other things. Most Trader Joe's cult followers and employees will typically encourage that type of behavior- except for this one cashier one time who was like, "you know if you write out a list and stick to it you come out with exactly what you expect." Kinda like the opposite of setting a budget - telling your money where to go instead of wondering where it went. Except you tell TJ's which items end up in your cart instead of wondering how all these other things got in. Whether or not I made an actual list, I assure you that these Takis dupes would have made it into the cart. 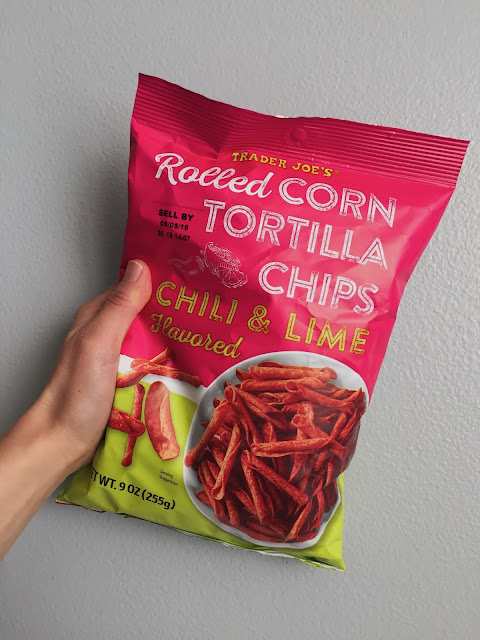 I love a packaging that speaks to me. With hot pink. And lime. And crunch and perhaps spice. Take my money. 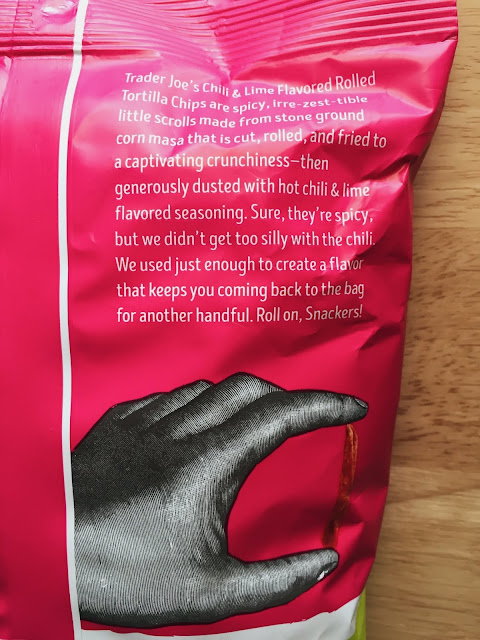 If you've never had Takis before, they are probably one of the most addicting snacks ever. Rolled tortilla chips, fried, and dunked in a spicy tangy dust that is loaded with magical things like MSG. I haven't had them awhile because they are lethal - like once you start you can't stop and pretty soon you've consumed the entire bag that has like two days worth of sodium or something like that. TJ's...they hit us where we're weak. 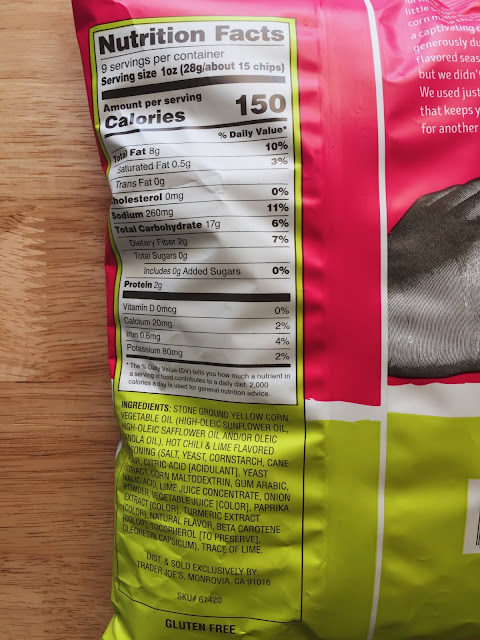 A 9oz bag is not that big. It's a little bigger than a Takis bag you might find at a convenience store but smaller than a standard bag of chips. Yes, there's no MSG, a hallmark of all goods that TJ's carries. Hot chili & lime flavored seasoning sounds like one of my favorite seasonings of old, except spicier. Oh and it's cool that they've used "natural coloring" from veggies and turmeric to achieve the red-ish color. And they're gluten free! Healthy! Not! 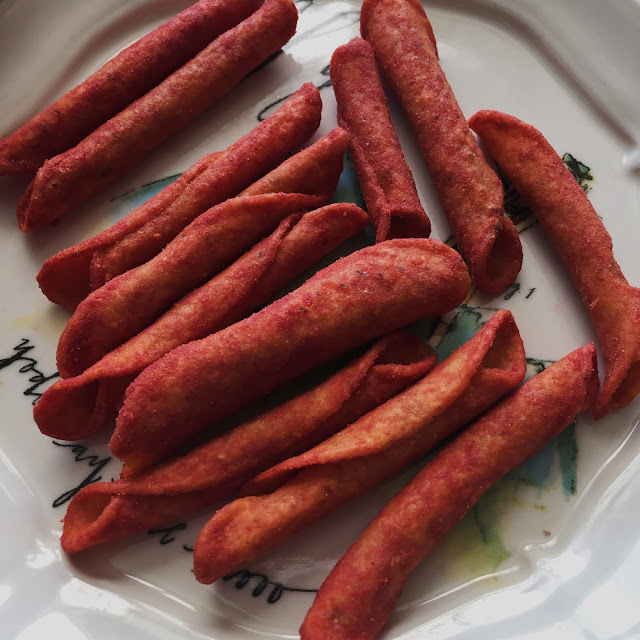 I haven't had Takis in a while, and I wasn't about to do a side-by-side taste test, lest I potentially consume two bags of delicious junk food in like a day (or two or three if we're still sticking to my New Year's resolution for 2018. Lol). It is remarkably similar.

1) From what I remember of Takis, these are thicker, crunchier, and marginally less greasy.

2) If you don't like lime or anything remotely tangy you won't like these. But if sour is high on your palate like mine, these are a dream. These are SUPER tangy, like lime tortilla chips x 100. They aren't too spicy, but the heat builds as you eat more where your mouth starts to breathe fire. If you don't like spicy, these aren't for you. If you love fuego flavored things, you might not find these hot enough. As for me, I think the chili heat here is perfect. The saltiness is also perfect. I think it's objectively less salty than Takis but the tangy flavor increases the salty sensation- so the overall effect is that it's a spot on dupe for the original.

3) Like every good classic junk food, the seasoning dust sticks to your fingers. Yes. Yes. Yes.

4) There are some irregularities in shape, for example I had a couple in my bag that were unraveled. Some are thicker-ish, some are thinner-ish. It's fine. It's 2018 and it's about time we embrace body diversity. :P 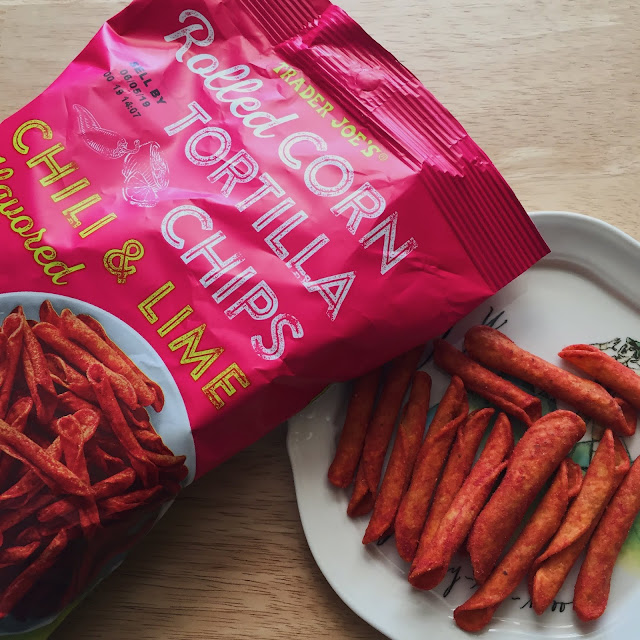 You know how people like to remake movies? Especially ones that have been done over and over? And the diehard fans of the original are like "oh no nothing will ever be better than the original." Not only is this a dupe, I think these might actually be better because of the heftier crunch. How often does the remake surpass the original?

$2.49 per bag y'all. Definitely will repurchase but cannot repurchase too often lest I eat these into oblivion.

TL;DR: Trader Joe's Rolled Corn Tortilla Chips Chili & Lime Flavored. True to its OG inspiration. Super crunchy and tangy with a bit of heat. 9 out of 10. Mantou Joe repurchase? YES. HOLD ME BACK.