on October 12, 2018
When I first started this blog, I made a rule that I would only review Trader Joe's private label products...because isn't that the point of a Trader Joe's blog? Y'all didn't come here to read about Kashi cereal or Spindrift or Kerrygold butter. But as my tastes and interests in food, baking, and other things have grown and the blog has become a place where I dump sometimes snarky, mostly sleep-deprived commentary on things disguised as Trader Joe reviews, I figure now is as good a time as ever to break my own rules. 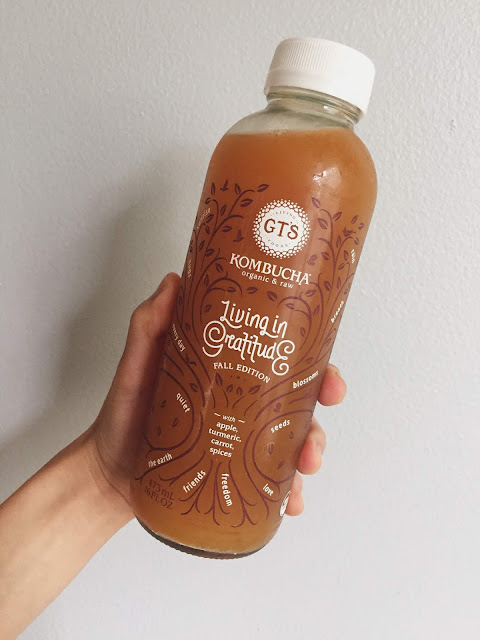 My first thought when I saw this was, "YES. RELIEF. A NON-PUMPKIN SPICE BEVERAGE.*" Also a plus that it's not another apple cider, which have been reviewed twice over. I have nothing against apple cider. In fact, apple cider is quite enjoyable under the right circumstances, especially in the form of a warm doughnut (Where are the apple cider doughnuts??? COME BACK PLZ). It's just that I'm kinda not into the spiced apple juice thing anymore. I need something different.

(*This is becoming a seasonal tradition for me- a brief discussion of the merits but mostly demerits of pumpkin spice. I concede that there's something about the combo of cinnamon, clove, and a whole lot of nutmeg that triggers some emotional nostalgia in people. I think I was all for it until the day that I brewed the unfortunately ever-so-popular pumpkin spice coffee, which literally made me gag. I've done my best to boycott it since but during my most recent TJ's trip, I accidentally took a sample of it in my post-work-trying-to-wake-up-stupor. Not wanting to throw it out, I drowned it in half-and-half and had an epiphany. This coffee is not for "hardcore coffee drinkers," by that I mean people that enjoy artisanal coffees and are probably persnickety about how you grind the beans, the water temperature, brew time, etc. Can't say I'm actually a hardcore coffee drinker but if I had all the time and patience in the world, along with an ultra-refined palate, perhaps I would be. The PS coffee is for the people that love whatever-brand-Dunkin-gas-station-chain-coffee, particularly when doused with syrups, half-and-half, and other flavors necessary to make such dark water palatable. Totally fine and great if you're into that kind of think. I'll pass, thank you.) 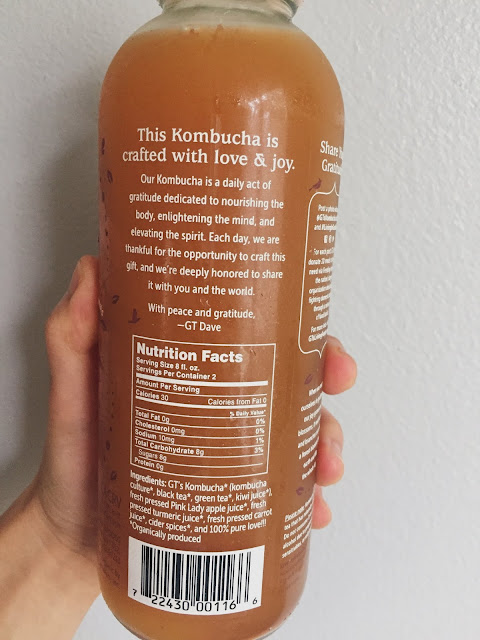 Onto the virtues of kombucha, yes? It's a probiotic vinegary tea juice that's apparently good for you! (I have not bothered to do in-depth research on its health benefits and blah blah blah. I'm such a good healthcare worker, hah.) It's nice to see health-conscious America embrace fermented food and drink, the kind that isn't fermented enough to make you drunk. My fam on the other hand is not so convinced of its virtues. I just like that it settles my stomach and tastes kinda pleasant - slightly sweet, sour, and a little bubbly. Can't say that it's palatable for everyone, but I think it's pleasant now after getting used to the taste. Important to note- kombuchas vary in consistency across brands. Some are basically glorified juice with a questionable level of probiotics. Juice is okay as a flavoring but when it contains way more juice than kombucha, you're just paying extra for the marketing. 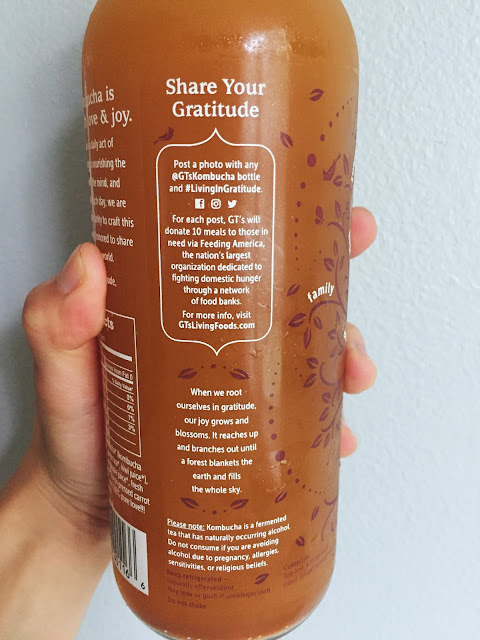 This is the first flavor that I've tried from the "Living in Gratitude" series. I guess it's nice that it brings in some kind of spiritual message and a social justice initiative - very modern way of engaging that part of us that wants to do and connect with something more than ourselves. But that's not the main appeal for me. I've only had turmeric in food, never in a drink. If you can get paste the baseline kombucha taste, the turmeric layered with the normal "cider spices" (not explicitly listed but probably the usual suspects of cinnamon, nutmeg, maybe some allspice) provides an interesting warmth that isn't as sharp or pungent as ginger but smoother. Altogether, it's a different but nice combination. I taste the sweetness of the apple and carrot but with added complexity and autumnal vibes.

$2.99 for a 16oz bottle is pretty standard for GTS, actually cheaper than the retail price in several stores. Count me a fan.