on January 04, 2018
I hit up my dear old Joe yesterday before the bomb cyclone struck (which in our area didn't turn out to be so bad...not as bad as the snowpocalypse that I remember) and before the frantic crowds arrived to raid the shelves for bread and milk (bread I baked and milk I'm lactose-intolerant so I was set :D). It's quite nice seeing the holiday products leave the shelves. Usually you can still find random holiday stuff that didn't sell well or was just in surplus. I'm hoping that these crackers are not holiday items but snacks staying with us year round. 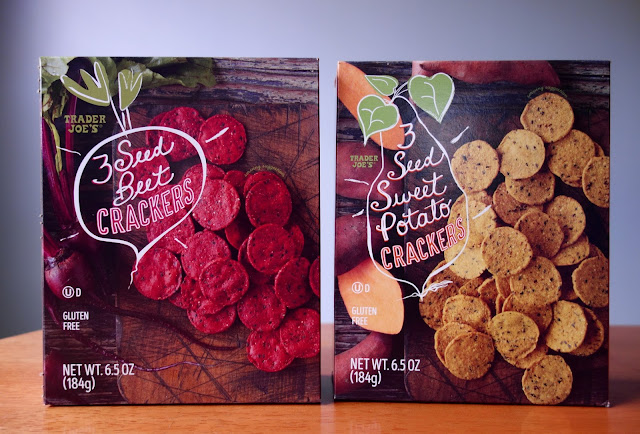 I'm not really a New Years resolution kind of person, but I do like goals, and I've set a goal of not eating an entire bag/box of chips/crackers/anything salty crunchy and probably junky by myself within 48 hours. It sounds rather sad when I say it out loud, but A can attest - I am a salty crunchy monster. Anyway, 3 seed + a vegetable means this can't be that junky right? 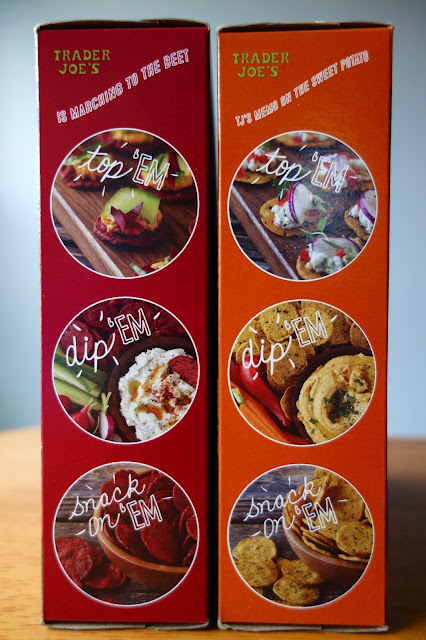 Never have I had enough patience to pile a load of goodies on top of a teeny cracker to serve as an appetizer that would be consumed in less than 5 minutes. But if you have the patience, by all means. Top 'em. 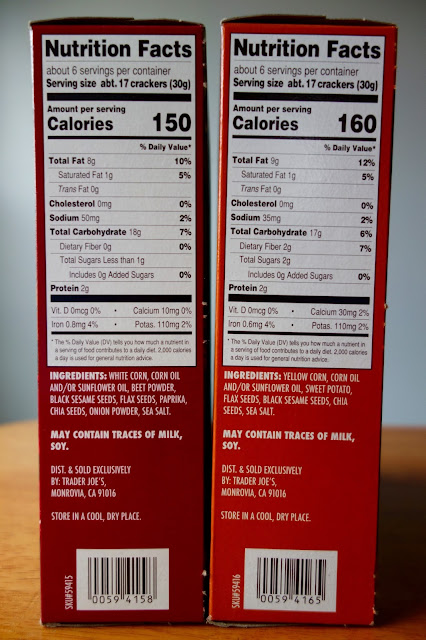 Both of these crackers have a corn base, which makes me think they will resemble a tortilla chip. But since it's a cracker and not a chip, that means they're "healthier," right? :P 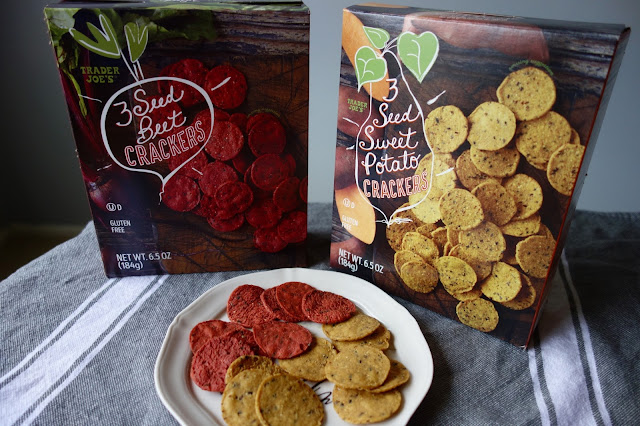 Oh man, these are addicting. They're like little coins, somewhere on the spectrum between a tortilla chip and a crispbread but leaning toward the tortilla side.  Normally when I see "3 seed" or multigrain or whatever, I brace myself for that grainy, cardboard-leaning taste. The sesame, chia, and flax are definitely visible but the taste isn't really overpowering at all. They don't make it harder to chew or interfere with the existing corn cracker texture. It tastes way better than cardboard and still has a little bit of oiliness but not too much, so in that sense it tastes "healthier." 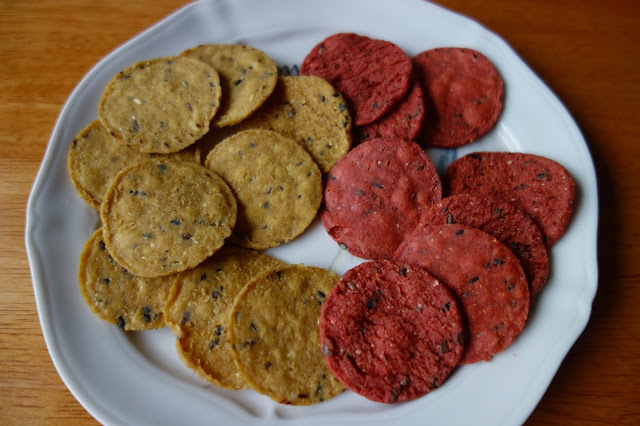 The sweet potato crackers remind me of the sweet potato tortilla chips, except these aren't as greasy. BTW, the tortilla chips aren't greasy - just comparatively speaking these taste healthier. The beet crackers have a more interesting taste. You can definitely taste the beet, but it isn't overwhelming like sweet or powerful like the taste of the beet hummus, and it's balanced by the zesty onion powder and paprika. As such, I actually like snacking on the beet crackers plain because it already carries enough flavor whereas the sweet potato crackers I prefer to dip in hummus or salsa.

These crackers are dangerous to me - I can definitely finish an entire box by myself. Therefore, they are sort of banned in my house...because I am a monster and am not above keeping a personal stash without sharing. LOL. Only $1.99 each. It's so hard to resist.