on November 27, 2017
Happy Monday! Perhaps you are one of those people who dragged themselves to work or school this morning after a long weekend of feasting and merriment. Wouldn't we all like 9 days off, *cough* A *cough* Would your days not be filled with dread but hope, productivity, some pep in your step, and snacks to fuel your brain. Who am I to refuse a snack? :P 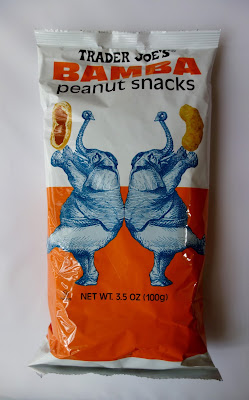 I realize these snacks might be hard to find by the time this post goes live. Mainly because you can bet that TJ's is going full blast on holiday stuff. And this humble bamba? Goodbye bamba. Also goodbye truffle chips. 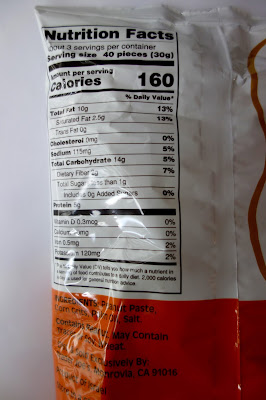 I wasn't sure if these would be sweet or savory, but they were only $0.99 per pack so I figured it was worth the risk. The low sugar content means it leans savory. Product of Israel. Anyone ever seen this in Israel? 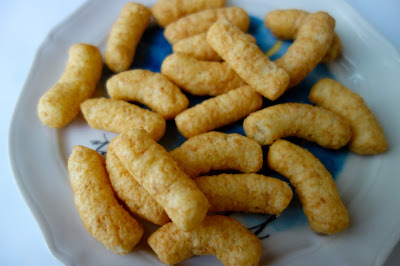 These aren't nearly as curly as the beloved TJ's white cheddar puffs but they still resemble typical cheese puffs minus the cheese obviously, like stubby small child fingers LOL. They also smell deliciously nutty...and forbidden from every modern elementary school. Well, glad I'm not that young. You'd have to pry these snacks out of my little fingers to not have them. 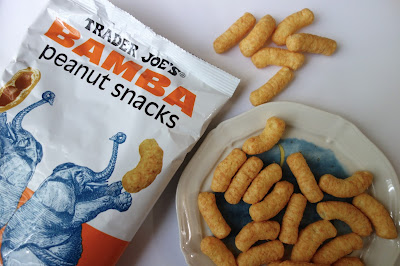 The taste does grow on you. It's weird at first because I'm so conditioned to assume that a snack in this shape must have a cheese flavor. It has the same peanut flavor as a natural peanut butter, which I really enjoy, although I don't think everyone would like it. It's not as airy as the white cheddar puffs but still has a satisfying crunch and a slight oiliness from the peanut paste. And weirdest of all, like a cheddar puff, it has this corn base. Peanut and corn sounds like a weird combo, but it somehow works. And like I said already, it's not sweet. It's not particularly salty. But it is peanut-y. Tasty but not overly addicting. But addicting enough apparently because I did repurchase. Probably would make for a good study snack for exam season. Cheap, not all refined carb and sugar, some protein, and satisfyingly crunchy.