on September 26, 2019
After weeks of searching and stalking my TJ's store, I managed to nab the last box of the newest flavor in the TJ's mochi ice cream fam. Yes, mochi ice cream. Mochi is mochi, the sticky and chewy rice dough and not the ice cream. Is it necessary to review each new flavor that gets released? YES. Can you assume that just because it belongs to the same family that the products are the same-ish? NO. Can you have a favorite child? Parents, please answer. 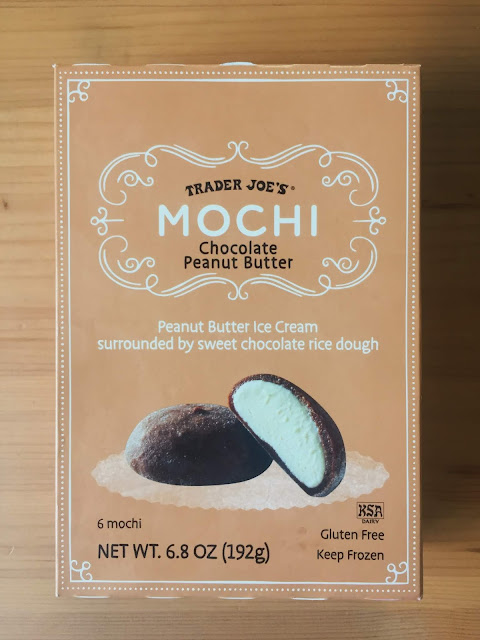 By now, you must know that I am a fan of this particular Trader Joe's line of mochi ice creams. So far we've seen green tea and vanilla, and I'm down for more. 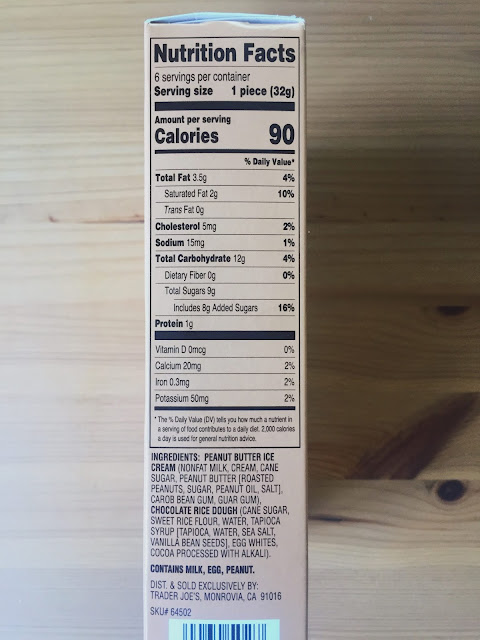 Can't really complain about the ingredients, except that it is definitely not allergy-friendly. All things considered, nutritionally speaking it's really not terrible. Personally, I prefer a single serving of mochi ice cream over a pint of protein ice cream flavored with sugar alcohols. 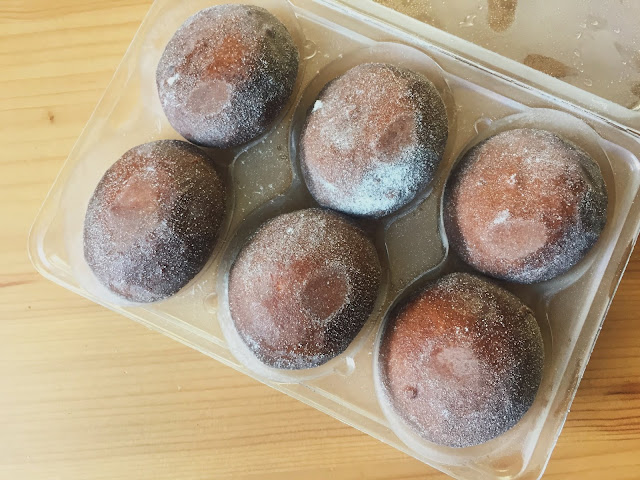 Because my store only had one box of these left, I really didn't get to choose. While my box was unopened, I think something went awry. There was a little too much condensation for an unopened box, but I guess we'll let that slide. The frosted look was part frost, part powder that they dust over the mochi ice creams to prevent sticking. 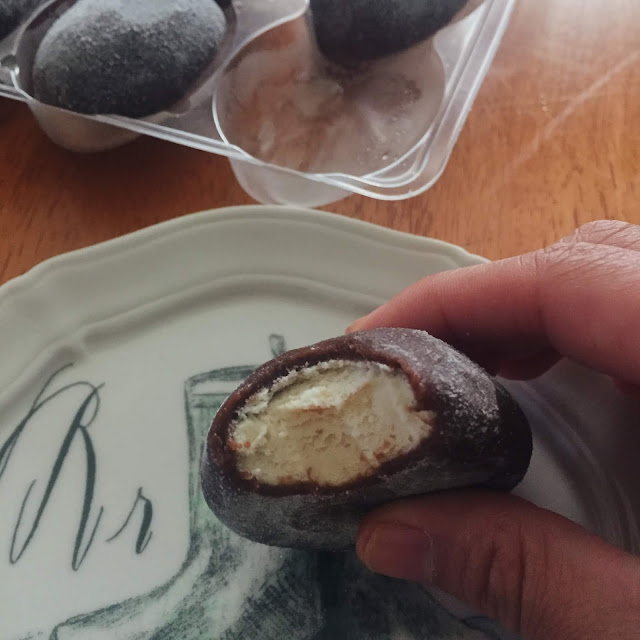 1) The chocolate peanut butter combination set me up with this expectation that this product would taste like a Reeses. Definitely NOT the case.

3) The chocolate peanut butter combination isn't very apparent at all, probably because there isn't enough cocoa. It's last on the ingredient list, which means it was the least used ingredient. I only taste the chocolate when I eat the mochi by itself, and even then the chocolate taste is quite faint. It's quite difficult to get flavor into the actual mochi itself. Also, I think this particular mochi is a tad thinner than the vanilla or green tea varieties. Faint flavor in an already thin mochi means that the chocolate flavor just isn't going to come through, especially when the ice cream center is so strong and nutty.

4) I don't think the mochi outer is meant to carry enough flavor to match the middle. Mochi is more of a textural and functional thing, providing a chewy stickiness that contrasts with and physically encases the creamy center. If they were really going for a true chocolate and peanut butter combination, where both flavors sing equally, they should have incorporated the chocolate into the center in some way through a syrup, fudge center, chocolate bits, or even an actual ice cream.

5) This just wasn't the best possible interpretation of a chocolate peanut butter mochi ice cream. You could call it a peanut mochi ice cream since it sort of resembles a traditional Asian peanut/sesame flavored mochi treat, but it doesn't really live up to the product title. Chocolate and peanut butter go so well together because they complement each other perfectly, but in this case the peanut center steamrolls the chocolate. It's clear who wears the pants in this particular relationship. :P

6) That said, it's still an objectively tasty product, and I am willing to repurchase. Same price at $4.49 per box. However, A and I agree that we enjoy the green tea and vanilla ones more. 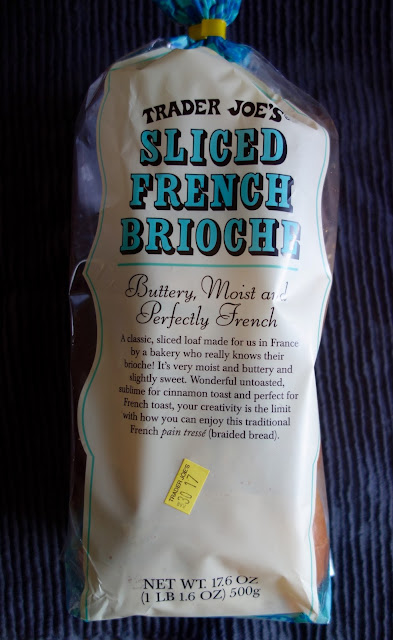