on December 03, 2018
I don't usually buy white sauce. We all know it's not the healthiest. But man, the creaminess delivered with a nice starchy pasta is just a heavenly combo. It has everything our bodies crave when the temperatures dip - carbs, fat, and salt. And it's exactly the type of sauce that appeals to A. Take my money. 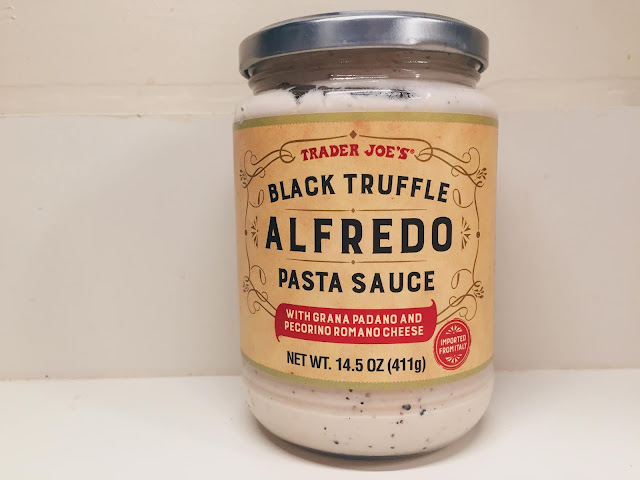 Oh and it's imported from Italy! And it's from Trader Joe's! Therefore it must be good! At least that's how "normal" Trader Joe's logic works. 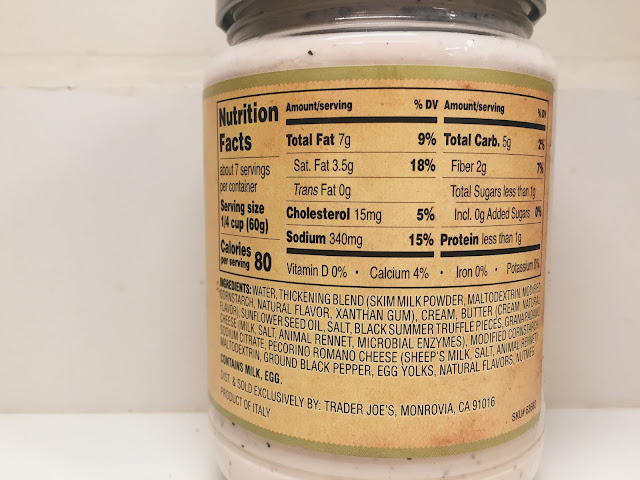 Note - it is not vegetarian. Both cheeses contain animal rennet. Also, it's curious that the first ingredient is water. Is this a reconstituted sauce? But as long as it tastes good, I don't care too much whether or not it's reconstituted. 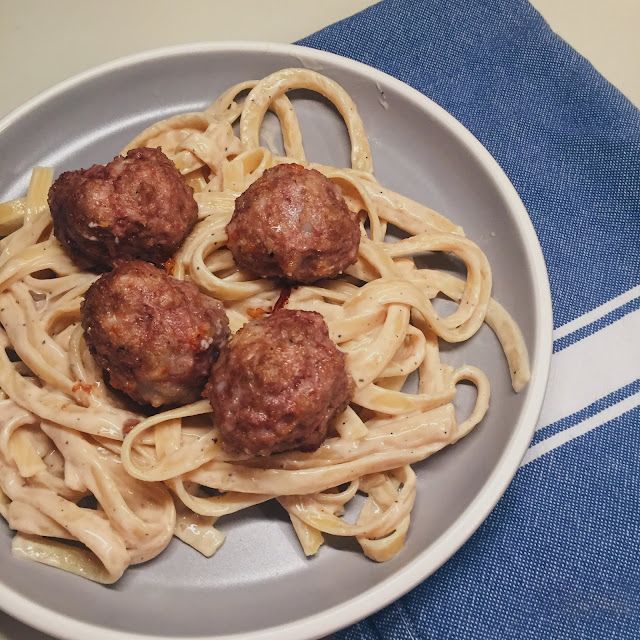 Let's start with the good. It's definitely creamy. It wasn't too salty, and the truffle flavor comes through nicely. It's nutty, aromatic, and lends an umami-ness. It's like a mushroom-y flavor but not. And that's about the best I can do when describing truffle flavor, because I've never had truffle, only "truffle-flavored things" up to the discretion of the person who flavored the truffle-flavored food in the first place.

A disagrees with me, sort of. He thinks that the truffle flavor is too strong and not enough alfredo, which is just a seasoned butter and cream sauce. He also doesn't like truffle as much as I do. Also, if TJ's wanted an alfredo sauce flavored with black truffle (more alfredo than truffle), they would have named the product accordingly. Technically, the taste matches the product title.

We both agree, however, that it's an average jarred white sauce at best. For some reason, jarred white sauces are generally just okay. Anything tastes good when piping hot, served over a proper pasta (don't even think about pouring this over your spiralized vegetable substitutes. The vehicle delivering a white sauce is just as important as the sauce itself). I have yet to have a jarred white sauce with an amazing flavor profile and texture without being overly fatty or salty. In the meantime, I prefer to make my own white sauce -it's a little more time-consuming but not difficult. Plus it serves up the satisfaction of having made something myself alongside the delicious sauce.

$3.99 for a jar just shy of a pound. Not bad if you want something a bit more extra than Prego - actually pretty good if you want the fancy without paying for your own $$$ truffle butter, truffle oil, or fancy mushrooms. So yay for access to the masses. But also not more amazing than any Ina, Nigella, or Deb recipe.