"Man. I really just crave a granola bar." I don't think I've ever said that. Bars are a convenient option to tide you over between meals or provide a quick burst of energy when you're in a rush to get somewhere. I definitely relied on granola bars throughout college and any time that I've had to get up early - nightshift has crippled my ability to be up before 9:00am without some compelling incentive. And while TJ's has a decent selection of their own private label granola bars, I've gotten tired of them over the years and stopped repurchasing, not because they're bad but because they are just okay and I have no need for them anymore. But I picked these up recently for A, who unlike me, reaches for a bar every now and then. 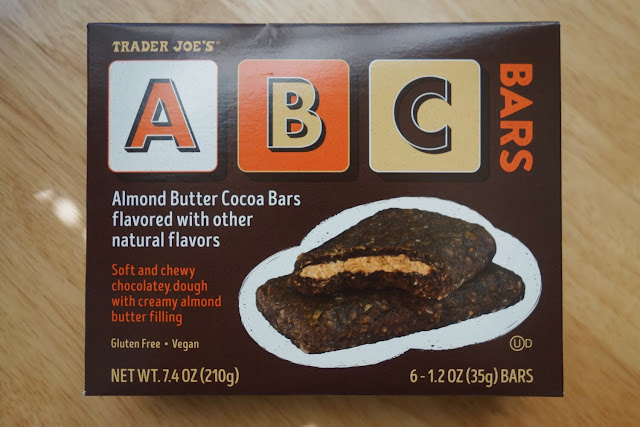 Except silly me - I rag on the Instagram hype and I too am guilty of seeing the picture but neglecting the fine print. GLUTEN FREE and VEGAN. Great if your diet is indeed gluten-free or vegan but also an indicator to me that I need to be open-minded and not automatically assume that this bar will taste like cardboard (and even if it doesn't taste like cardboard, it probably has a lower threshold for being...awesome. Just sayin.) 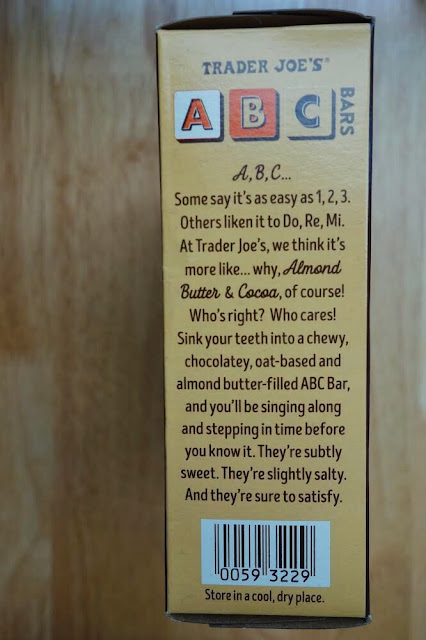 This bar does not make me sing or step. Unless it's stepping my way back towards TJs for a refund. 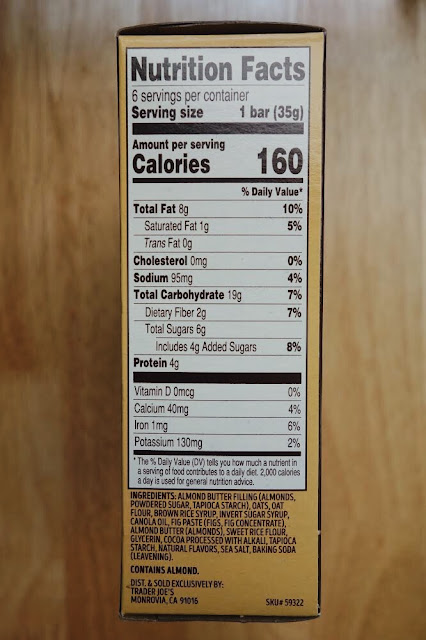 The calorie content is a bit more than the average granola bar but on par with most granola/protein/health bars on the market. Healthy fats from the almond butter what have you. And yes, TJ's does not use artificial sweeteners but there is a decent amount of sugar syrup, so it's not really a health food. 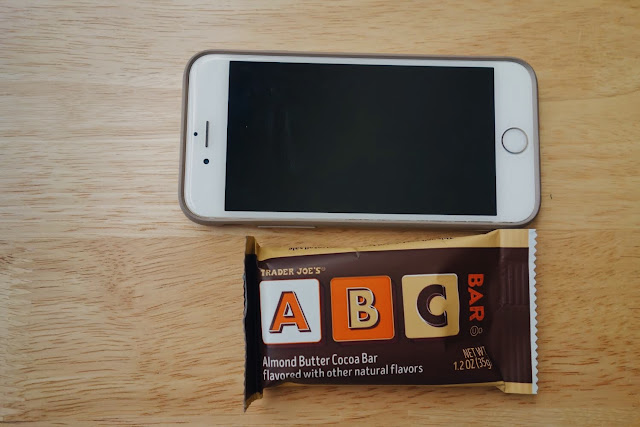 iPhone 6 for scale. Don't be fooled by the Instagram posts - this bar is disappointingly small. 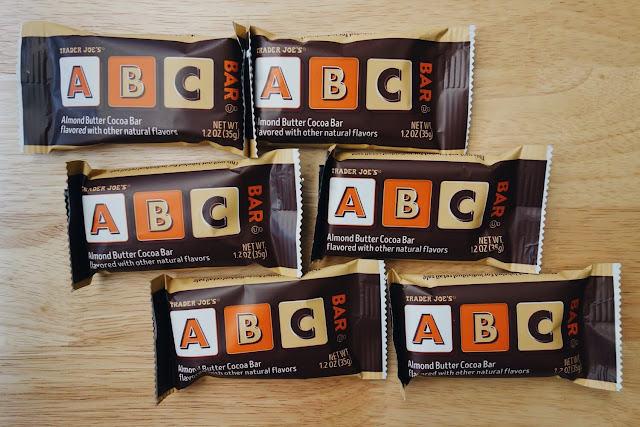 I do like the look of the packaging though. The color scheme is simple, gender neutral, and fall-ish. 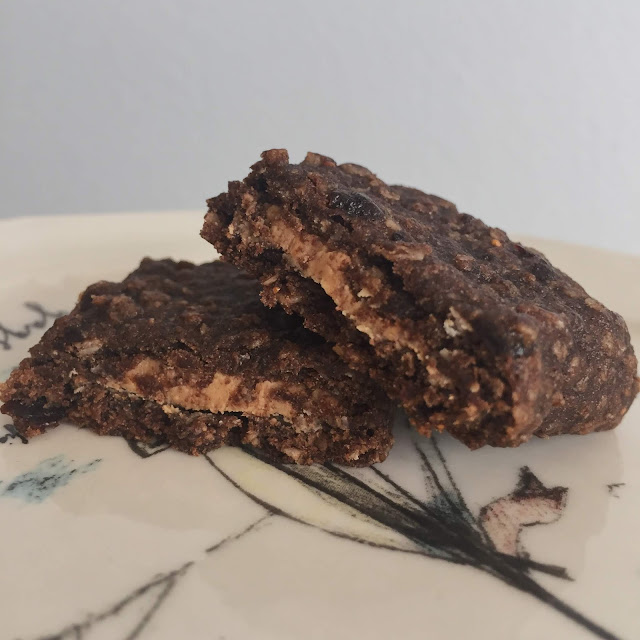 1. I generally like to get my money's worth - it either has to be a good price, or the price has to be worth the value of what you're getting. And while this isn't the most expensive bar ever, it's disheartening to know that I've paid $2.99 for a pretty small-sized bar.

2. The overall bar is quite soft and chewy. The texture is somewhere between an RX bar and a Nutrigrain bar, not exactly the texture I think people will go crazy about. The outer coating is full of oats, so yes, it tastes really healthy. The cocoa is mixed with fig, which I definitely did not expect. It adds a fruity sweetness that I don't think adds much to the taste.

3. The almond butter doesn't taste real. It's not chunky but it's not entirely smooth, and it has this strong almond extract taste - which would be fine in a baked good not so much in a "healthy, all-natural almond butter."

4. My main problem with this bar is that it hasn't really committed to being a particular kind of bar. It hangs somewhere in the ambiguous middle and straddles a few different kinds. On the surface, I expect it to be a typical granola - we assume it's healthy but actually it's not THAT healthy. But this bar tastes kind of healthy with all the [raw] oats and stuff - not a particularly pleasing texture IMO. And when you look at it, it looks like it should be a protein bar. Cliff bars and the like come in more modest portions for a reason. Unlike those bars, this bar lacks other substantial ingredients like dates, seeds, nuts or whatever (besides the almond butter which actually doesn't taste like a good almond butter) that would justify its appearance. It has a sweetness but that almond extract taste overpowers everything else, which doesn't make it taste like a protein bar either. Well then maybe it should be an energy bite - small morsels of energy-dense but nutritionally decent ingredients as a decently portioned snack like everything you see on Pinterest. But it's clearly not that either.

5. It's not gross tasting. It's just not good. I think spreading some Nutella and almond butter on a rice cake would capture all the flavors that I would expect an almond butter cocoa product to have but ACTUALLY taste better.