on August 12, 2018
This isn't so much an exciting new product review as it is accountability - some time ago, I decided for the sake of my health ("but wait- you're so healthy. You don't need to diet!" Uhh..not a diet. Also I try to eat healthy...but yknow. Fake it till you make it :P) that it would be probably good to stop eating entire bags of chips myself. Like entire bags meant for families. Monstrous, I know. Ask me how I'm doing. :P 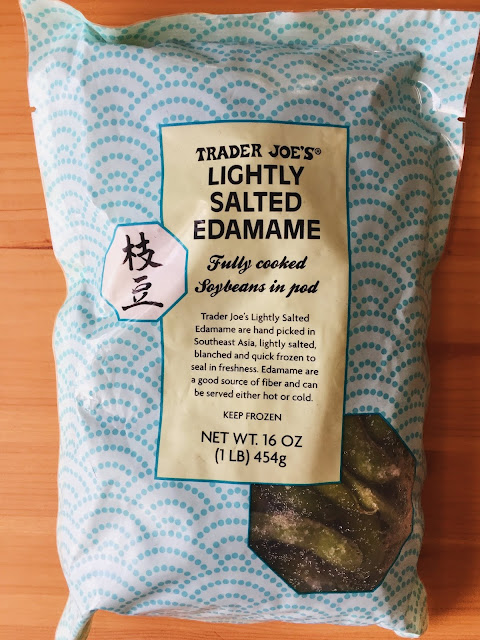 Recently, I've turned to edamame because I'm probably lacking in protein intake to be honest. Not something I crave. Not something that is crunchy but it is lightly salted..sooooo maybe somewhat satisfying for my savory tooth. Also not something that I would ever ever ever pay $3 or $4 for in a restaurant - it's like paying for bottled water at an airport. Way. Too. Much. But if you want to do that...more power to you. 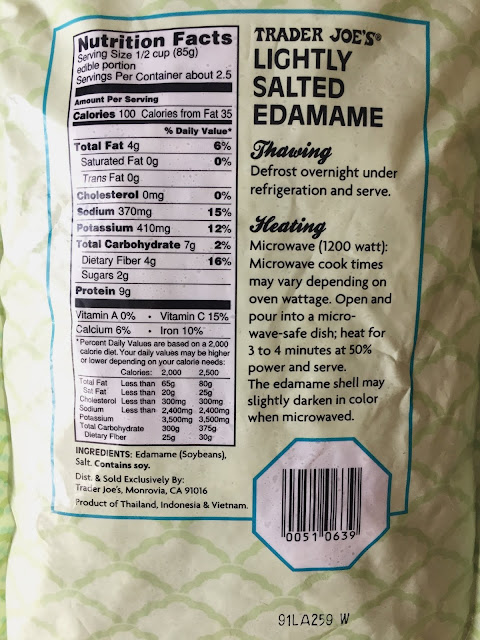 Why is it that I am physically capable of downing an entire bag of pickle chips (sadly discontinued -RIP) in like two days while it takes me like a week or more to finish this? Probably because this involves defrosting or a 5 minute dunk in boiling water. But even still, the prep is quite easy. It's just a matter of how long you want to wait. 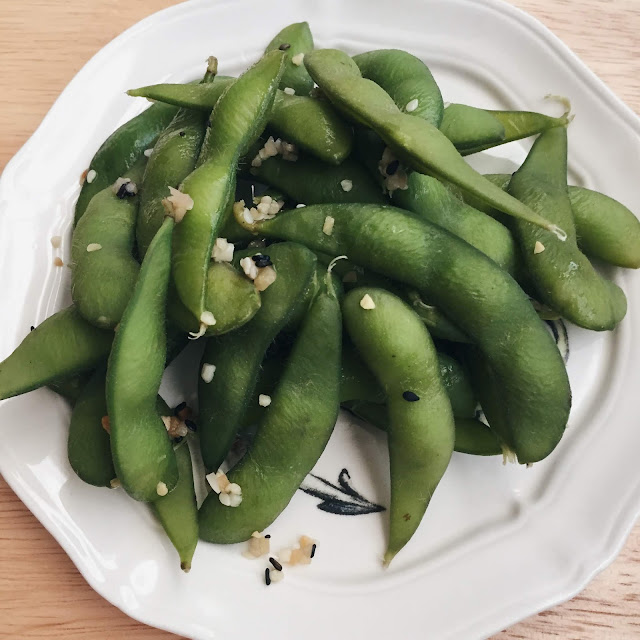 I thought that these edamame would come with flecks of salt on the exterior of the edamame shells, and you would ultimately rub it off like the big salt particles on a soft pretzel. And while there were a few salt flakes here and there, I was pleasantly surprised that the edamame bean itself has a bit of saltiness to it. Not too much but enough for it to be considered "seasoned" and pleasant to eat. I added a bit of everyone's favorite seasoning - EVERYTHING BAGEL SEASONING (you're welcome) because I had to be extra. And even with the extra sodium or whatever - it's still better for you than snacking on every other salty crunchy snack that I love.

I will never give up my salty crunchy snacks. But snacking on this day to day has been actually quite nice and helping with my energy and satiety levels. TJ's also has a shelled option for those who would rather skip the pod at the same $1.99 price, which is cheaper than the market price at the Asian grocery stores in my area BTW. It seems silly to review something like this, but a snack that is healthy and cheap? It's a no brainer.