on October 19, 2017
It seems fitting to follow up alternative pasta part 3 with its opposite - bread. Beautiful, soft white milk bread. From France. Carbs are life y'all. Carbs are life. I like the simplicity of it. No fillings. No plaits. Just bread. And definitely no pumpkin spice. :P 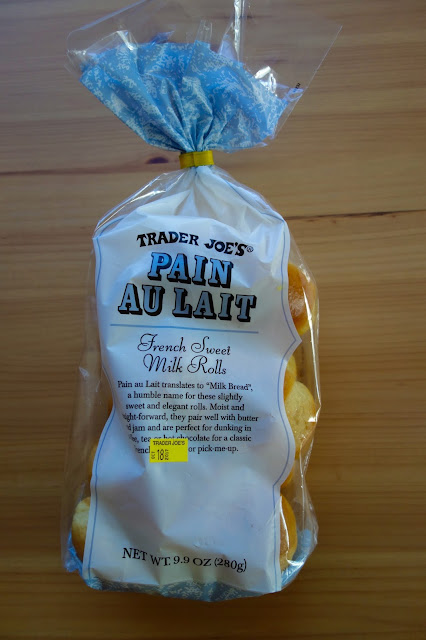 My hunch is that they share the same supplier as that of the beloved and highly underrated sliced French brioche. I'm a sucker for pretty matte packaging. But enough with the packaging - this is a humble milk bread. I say humble because it's no frills. It also has a quite nostalgic feel, especially for A. Chinese bakery buns use milk bread as the base for delicious fillings, and A grew up having them nearly every week. To this day, one of our favorite pastimes is waiting for BOGO buns at the Asian grocery store and fighting with Asian moms for the fresh hotdog buns (and then plop down the stack of $1 off coupons and walk out of there like a boss). 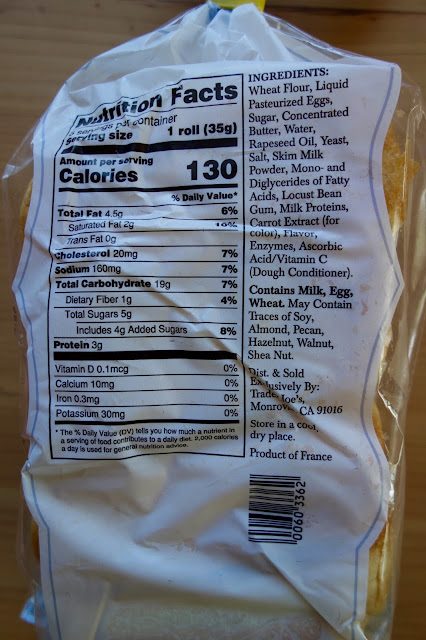 Already guessing that there's isn't as much butter as the brioche. Which is fine. Can't be having brioche everyday anyway. 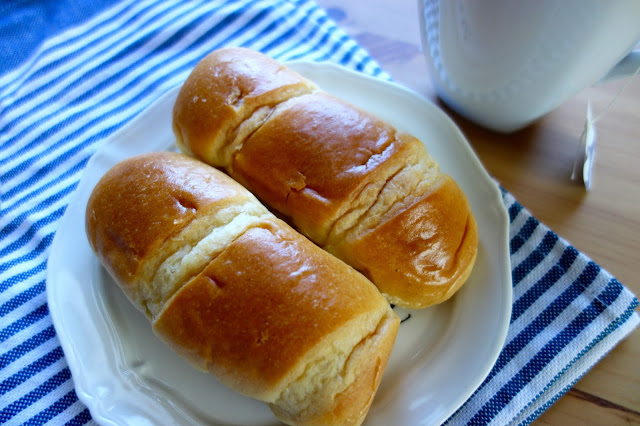 I doubt it's proper to dunk these into tea or coffee, but the petite shape is begging for it to be done. Plus, the packaging suggests so. They also suggest pairing these with a pat of butter or jam. I didn't feel the need to but I suppose it wouldn't be horrendous to do so. To be fair - I don't think my rolls were the freshest at the time of the tasting. I ended up throwing these into the freezer and defrosting them, which meant they had been frozen and defrosted twice (they come frozen from France). Obviously they weren't as buttery and rich as the brioche. And although they tasted like they were at least one day or two days old, they were still pillowy and soft with a subtle milky, sweet taste. Unlike normal dinner rolls, these have a much lighter and airier texture. Because they don't have as much fat, I didn't find them as irresistible out of the package but toasted? Oh yes they would pair nicely with some coffee or tea. Not a health food by any means but simple, pleasurable in its own right.

If I had to pick between this and the brioche, I'd say pay the extra $1 and go for the brioche. This is doable for a home baker. Or you ain't got the time to make bread like this, you can probably pick up something comparable and usually cheaper (with delicious fillings) at an Asian grocery store bakery. But it's not a bad buy at $2.99 for 8 rolls.