on October 14, 2016
I know I semi-renounced pumpkin spice during my last post. But I keep making exceptions, especially since I'm mourning the loss of the Great British Bake-Off. First, Mel and Sue. Next was Mary Berry. The final straw? NETFLIX. IT'S GONE. WHYYYYYY.

This show inspired me to tackle the swiss roll. Except now it's gone. Aside from reminiscing my favorite bakers, the show actually teaches you a thing or two about baking. What to do now about my swiss roll... 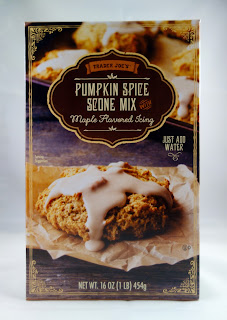 Hence, the baking for lazy people. At least during this mourning period. Scones make excellent grab-and-go breakfasts. Or in A's case, grab and eat-over-the-kitchen-sink-because-ain't-nobody-got-time-to-wash-one-dish. Boys. -_- 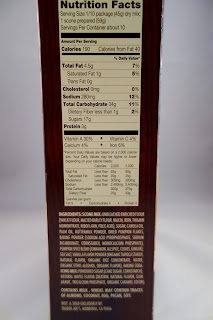 Just add water. Aka what Betty Crocker initially set out to do, except America couldn't take it. I guess we've progressed down the road of laziness where we can finally accept things that don't need eggs or butter anymore. 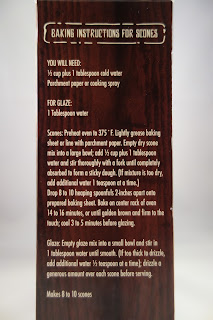 This whole process took less than 30 minutes from start to finish, which includes the time required to preheat the oven. 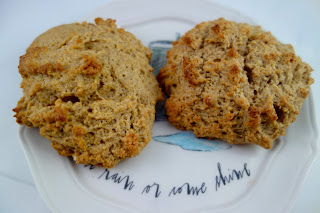 They don't look very pretty at all, considering that they're drop biscuits. But hey, rustic is in. 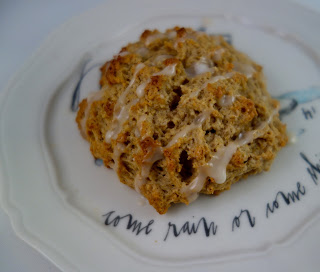 The pumpkin spice fragrance is stronger than the actual taste. I quite like the scone by itself fresh out of the oven. A tad bit sweet with a warmth from the cinnamon and nutmeg. It isn't anything earth-shattering though. In fact, I think I like last year's winter version better, although that one doesn't come with icing. The icing is basically a mixture of water, powdered sugar, and some maple flavoring, which does come through. You can mix it to the consistency of your liking, which for me was just runny enough where it starts to slowly drip off the scone without being too runny. It is pretty sweet though, but you can control how much you use. For me, a wee drizzle was enough.