on November 11, 2015
A few weeks ago, everyone on the internet freaked out because they found out that bacon causes cancer. The bacon haters were validated in their smug self-righteousness that bacon and other processed meets "do cause cancer"* while those who would give up bacon when it is pried out of their cold dead hands stood their ground.

*Calm down people. If bacon really causes cancer, then according to the standards from that study, everyone who eats 2 slices of bacon per day would get cancer. Furthermore, WHO issued a clarification statement that referenced a report from the International Agency of Cancer Research (IACR) that "does not ask people to stop eating processed meats" (..why?) and stated "reducing the consumption of [processed meats] can reduce the risk of colorectal cancer." And of course, the evidence still shows that smoking cigarettes increases your risk of getting cancer way more than eating processed meat. End rant.

Which brings me to this popcorn, which I purchased when it first came out but never got around to reviewing it. Then it occurred to me with all this bacon-sort-of-causes-cancer news frenzy, some people would be desperate enough to get their bacon fix by eating a "baconesque" snack instead of the real thing. 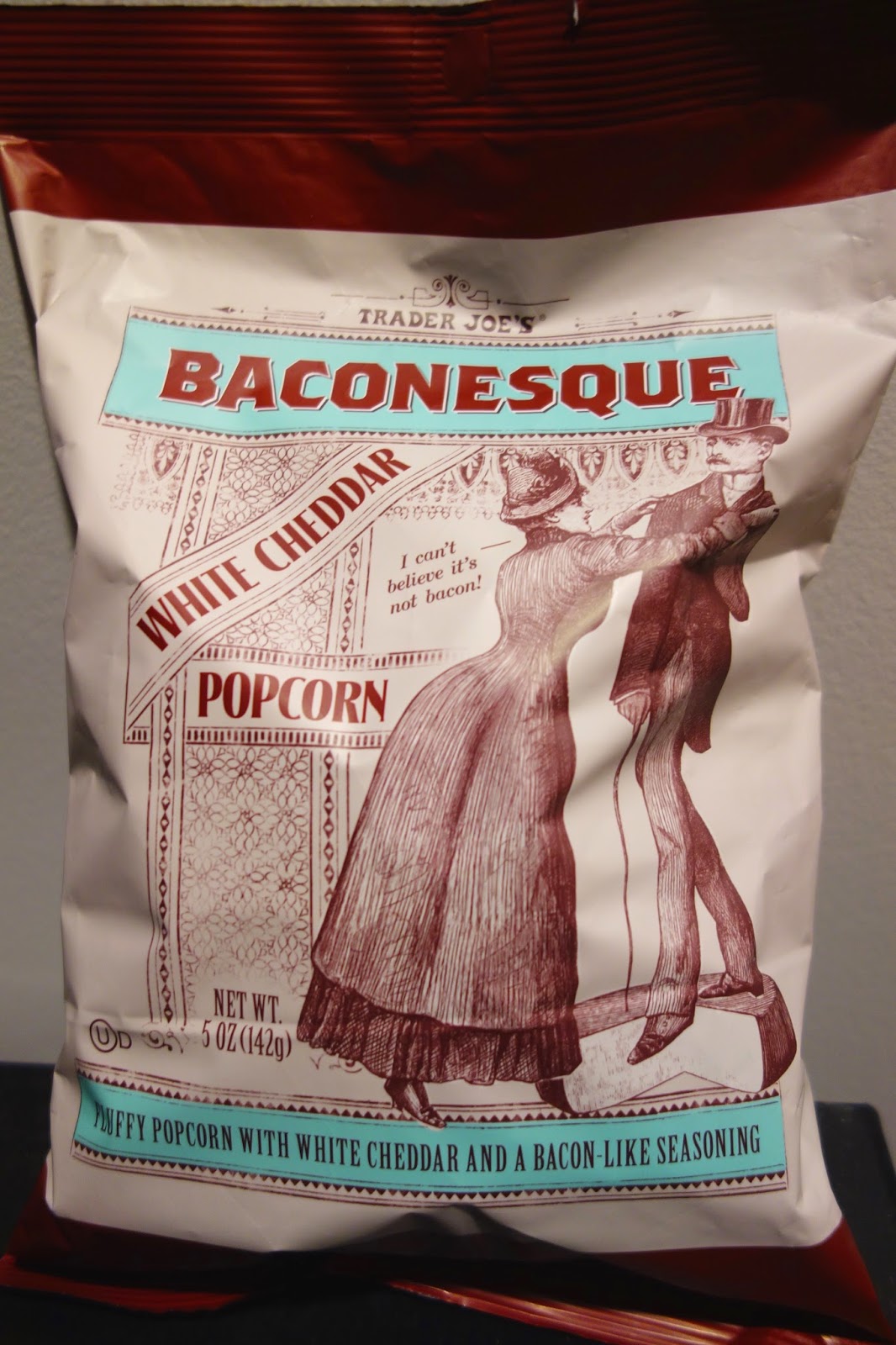 "Bacon Like Seasoning." That's French for IT'S NOT BACON. 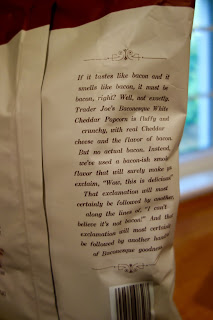 Please no one sue over this. They've made it abundantly clear that THERE'S NO BACON HERE. 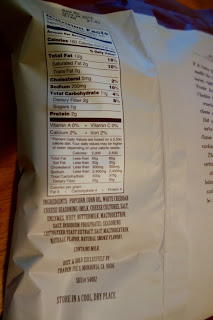 The first time I tried this, I was moderately surprised. It tasted remotely like bacon. Then my then-boyfriend A burst that bubble, said it tasted smoky but definitely NOT like bacon. Gotta trust the carnivore's assessment here. Can a baconesque product with NO bacon ever taste close to bacon? Absolutely not. Maybe it tasted like bacon then because I wanted it to taste like bacon. It tastes like bacon the way bacon bits taste like bacon. Mostly smokiness with a strong white cheddar dust. Not the most complementary flavors in my opinion. The smoky flavor actually gets kind of old after a few pieces. I was not able to finish this snack before the popcorn went stale the first time or the most recent time. The most recent time, I found this popcorn savory, smoky, but unappetizing. 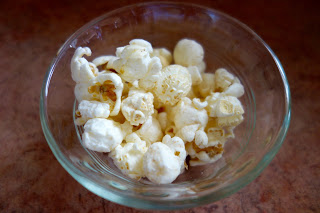 Interesting concept, but it just didn't work in popcorn format like the pickles did.

TL;DR: Trader Joe's Baconesque White Cheddar Popcorn. It ain't bacon. I wouldn't sneak this one into the movies. 4.5 out of 10.