on January 29, 2015
If you are a hipster person with vegetarian/gluten-free/vegan tendencies, you may consider having this at your Super Bowl party or whatever occasion that indicates some serious snackage. If not, you may or may not make a stank face and move on. I'm just trying to make my way through the salty crunchy aisle before Lent. 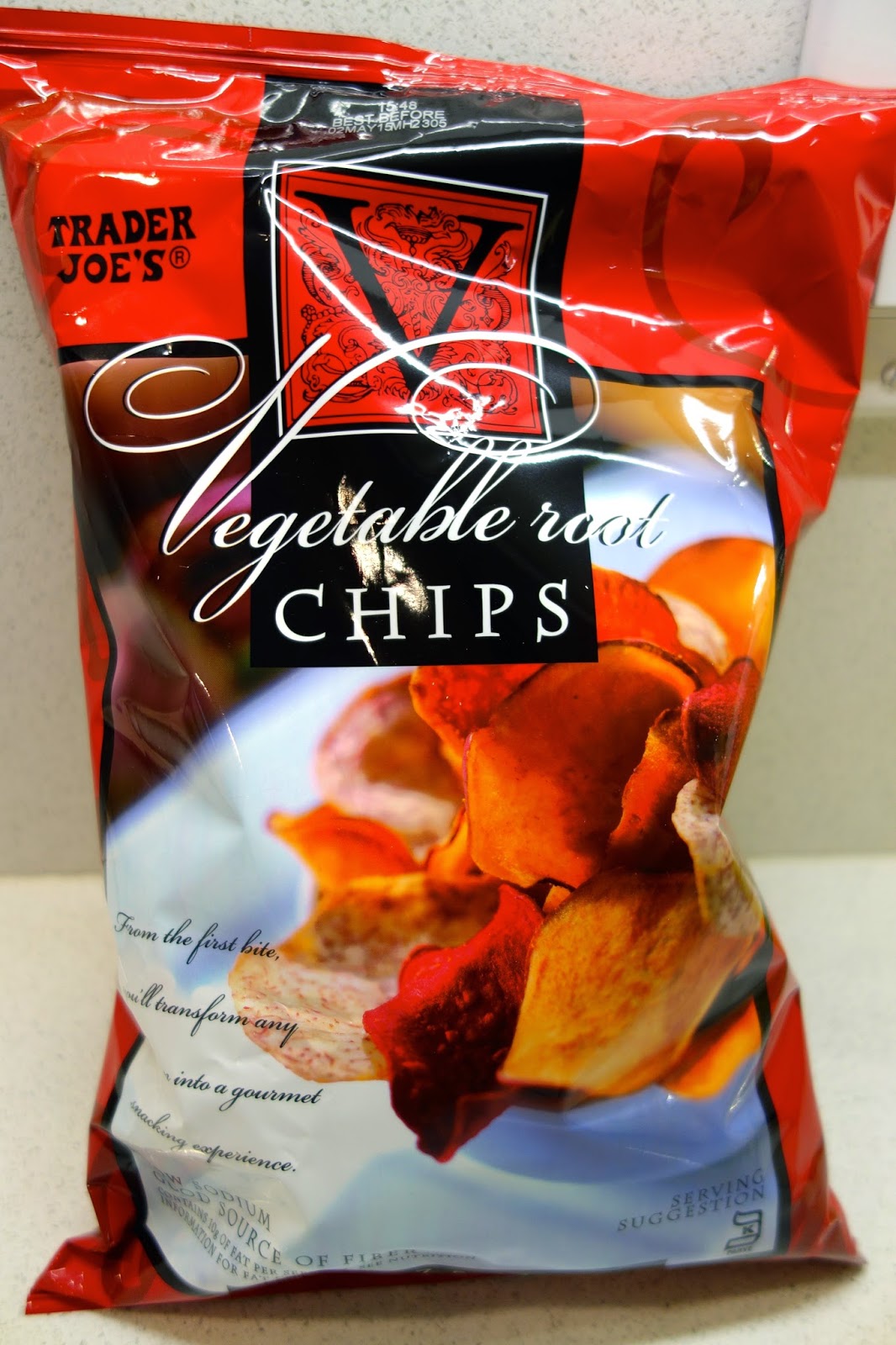 Perhaps it's the lighting in this picture, but methinks it's not the best font color for this red background. I'm not even 80 years old and blind! 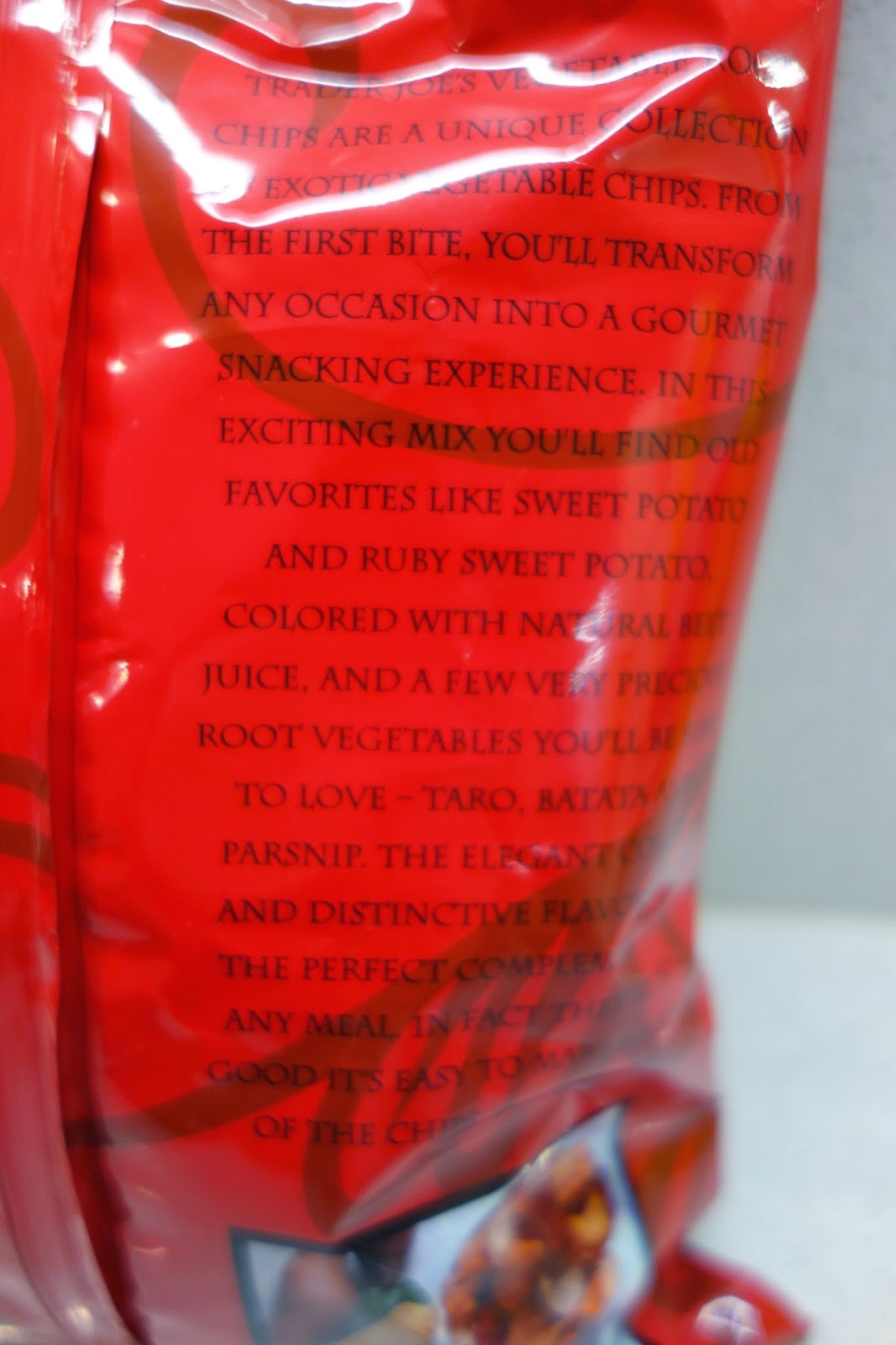 Vegetable chips are hit or miss with me. I've tried some that made from potato starch and colored with "spinach juice" or whatever, but they taste marginally better than packing material. I am not about that life. The most important elements of a salty crunchy snack you ask? Flavor and texture.

The root veggies used in this snack:
- Sweet Potatoes (the orange ones)
- Sweet Potato colored with beet juice (the crimson-colored chips) (Darn I was wondering how beet chips would taste)
- Taro (the palest one with the funky stripes)
- Batata (basically like the sweet potato)
- Parsnips (should be the next lightest one without the stripes) 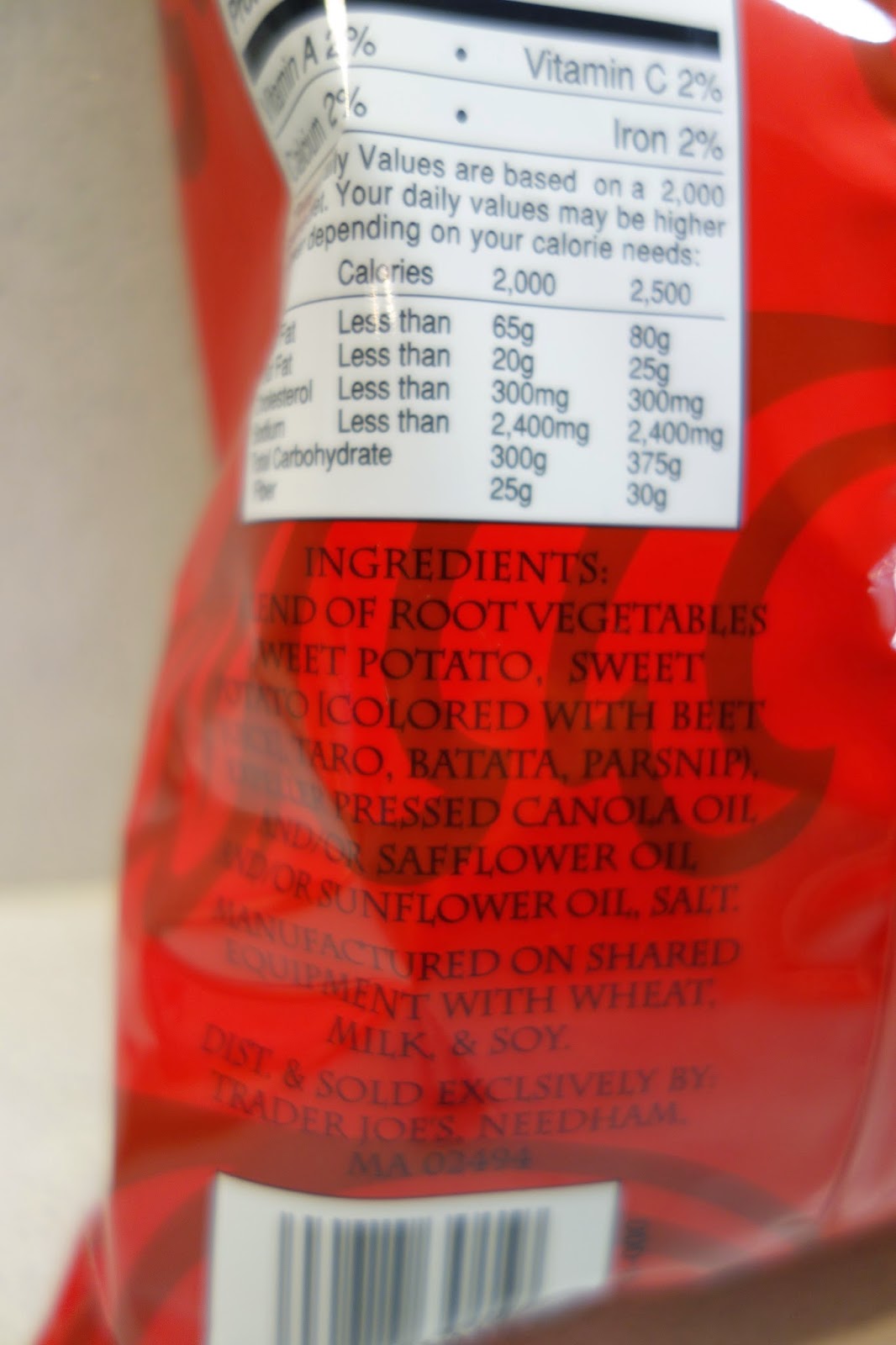 I had a hard time distinguishing the batata and the parsnip chips, especially since all the chips tasted pretty similar. But I enjoyed them nonetheless. Most vegetable chips I've tried don't really taste like chips at all, but these tasted as close as vegetables could possibly get to chips (cuz let's be real. Kale chips are no where close to regular potato chips). They're not greasy but decently oily enough to imitate real chip taste (baked chips? not chips. popped chips? not chips. All are salty and crunchy, just not chips). Not too overly salted but not bland either. Overall, I really enjoyed the texture. These chips carry a substantial crunch, which is exactly what I look for in a snack. They're crispy like real potato chips (crisps for the Brits), except for the taro. The taro has a distinct texture that's hard to explain - if guitar picks were edible they would be similar to the taro chip. It's not unpleasant though, just different. 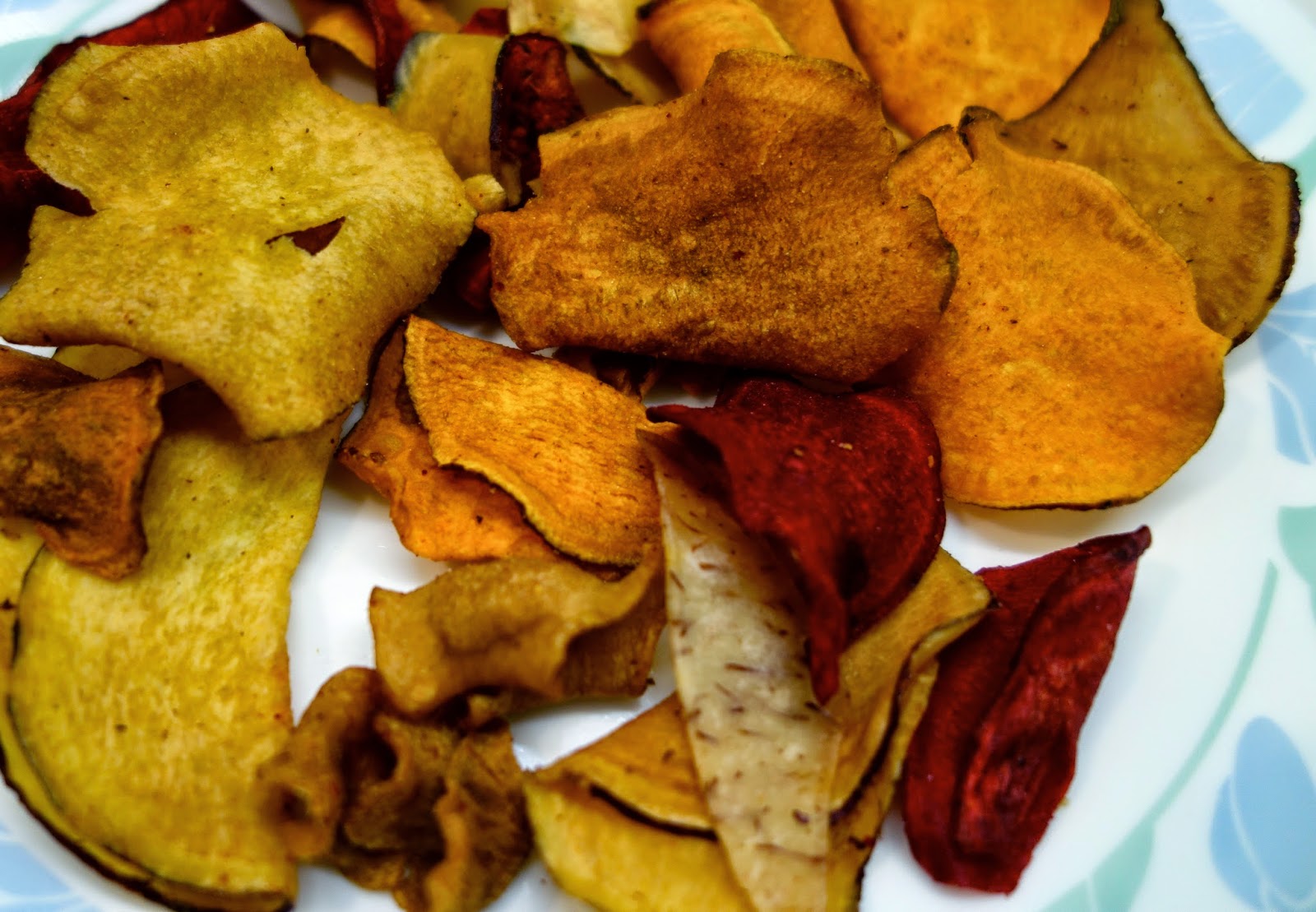 Would I shell out $2.99 to bring to a Super Bowl party? Not a chance. Unless the guests were on some kind of diet and needed a "guiltless" imitation of the real thing. They were actually pretty tasty but if I were stranded on a desert island and could only eat one type of salty crunchy snack for the rest of my life, these would not make the cut.


TL;DR: Trader Joe's Vegetable Root Chips. You can eat your chips and have your veggies too! Kind of. 6 out of 10.
Snacks Trader Joe's