on September 02, 2020
I wrote a lowkey scathing review a few years ago of Trader Joe's"instant ramen soup."Y'all know instant noodle cups. You can buy them in bulk, and they're the easiest to donate during a [weirdly competitive] school food drive (never mind that no one can or should subsist on instant ramen OR that food drives actually are more burdensome than helpful...how adulthood ruins everything :P). But leave it to Trader Joe's to push the envelope and attempt to fuse ramen, a popular Japanese soup noodle, with an icon of modern convenience and un-sustainability. Fast forward a few years and an ongoing pandemic later, I've decided to give this new flavor a go. Because why not? 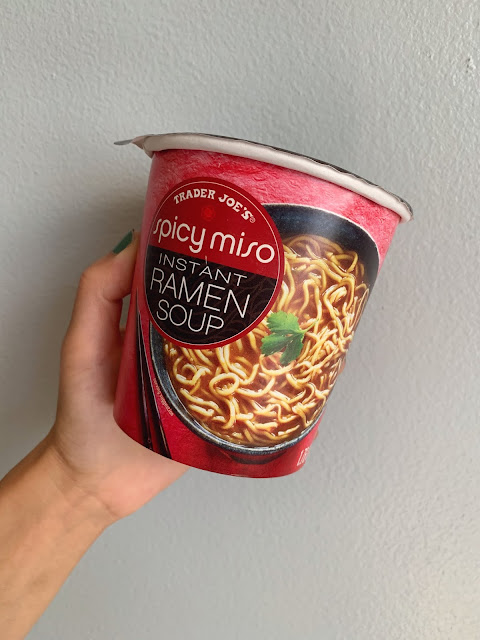 ...for the record, I've never seen anyone put cilantro in ramen. But for food styling purposes, perhaps a single cilantro leaf looked nicer on the packaging AND WAS MORE EASILY PHOTOSHOPPED than a pile of scallions. Seriously. That leaf placement looks weirdly unnatural. Tell me how was it NOT photoshopped? 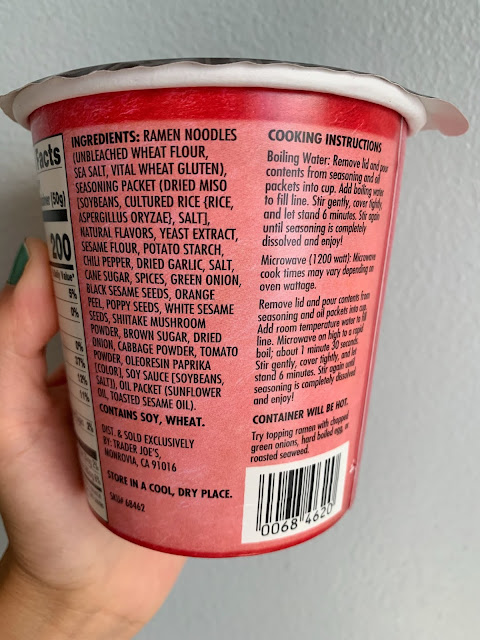 Bashing aside - the ingredients are actually pretty good for a shelf-stable, survive-a-lockdown instant noodle. Still don't know what "natural flavors" are, but I'm pretty sure they aren't natural hah. 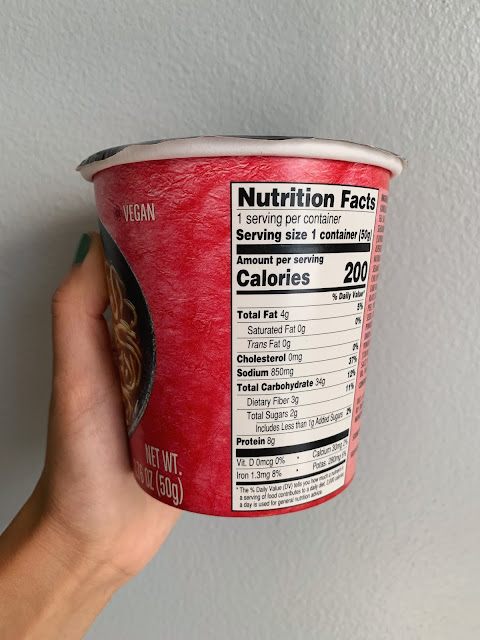 Sigh. I missed the detail that it's vegan. I guess vegans want the availability of convenience food as much as the next consumer. 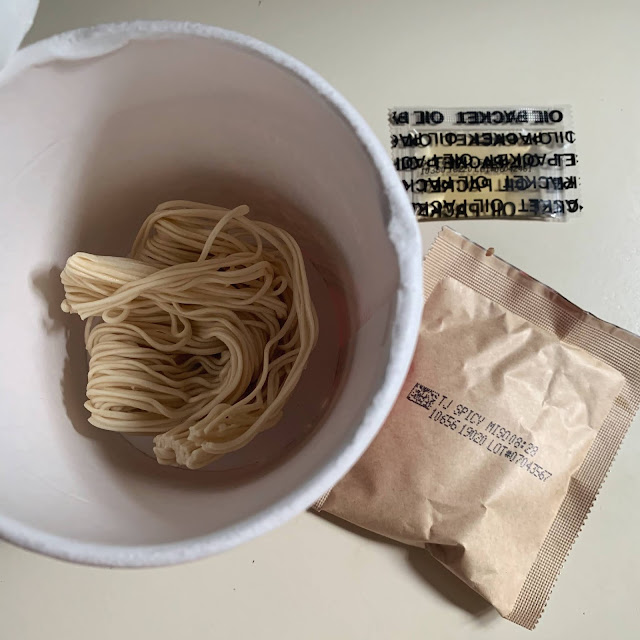 Everything comes conveniently tucked into the paper cup. I prepared this per package instructions. 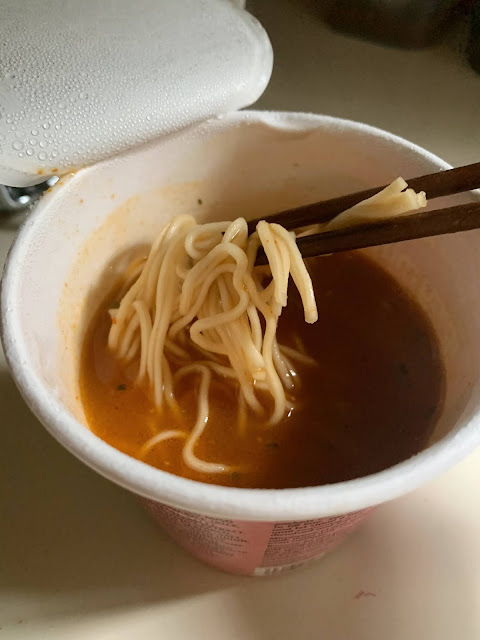 But I also ignored the instructions that called for stirring gently before covering for 6 minutes, so my noodles clumped together. Whoops. 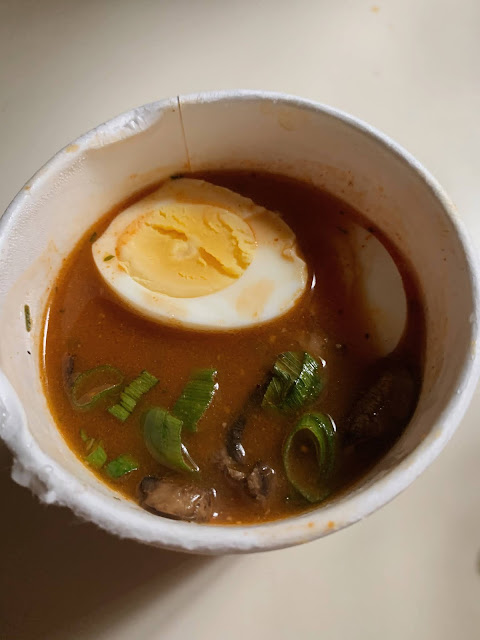 I added sauteed mushrooms, a boiled egg, and some scallion. 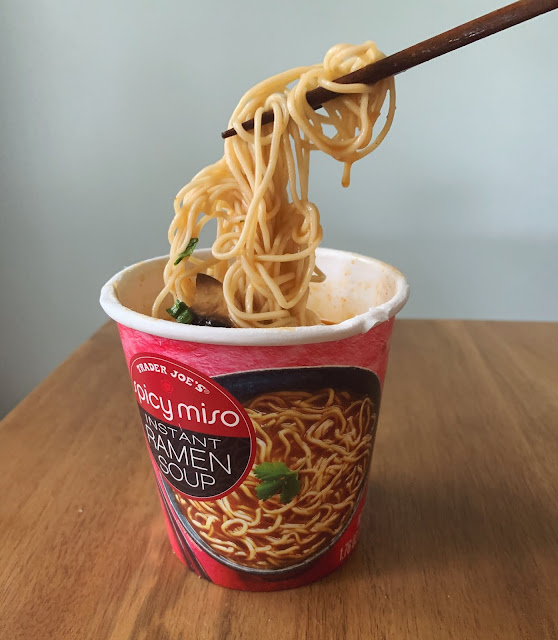 1) Again. I experience some cognitive dissonance with this product namely because the whole concept of an instant noodle serves a certain purpose that I don't associate with Japanese ramen. A proper bowl of ramen is a freaking art form. It has a certain broth that takes hours, maybe days to achieve. It has a certain noodle. It has certain toppings. And even when we have tried to make "ramen" at home in any sense of the word it has never come close to the real thing. But regardless, the time spent yields a comforting bowl of soup noodles. In contrast, instant ramen (in our house we are partial to the Korean ones like Shin, Neoguri, etc.) can be an art form in a different way, I guess. The noodles still need to have a certain texture and it still has to taste good. But of course, I have entirely different expectations for instant ramen. It's a quick, convenient food often used to satisfy a junk food craving. So to put ramen into an "instant ramen" form is weird, and I haven't gotten over it.
2) That said. This tastes better than the chicken and miso flavors. The spiciness is mild. The miso is like at a 30 or 40% level where I can find the fermented soy flavor if I search hard enough. The broth is savory without being too overly salty (but it's still salty y'all).
3) I don't like the noodles. Yes, I didn't stir the contents so they clumped but I'm sort of used to a certain kind of wavy ramen noodle in instant noodles, so I prefer that over the "we-tried-to-imitate-real-ramen" situation here.
3a) Because this is Trader Joe's, and everything is "healthier" the noodle serving is actually quite modest. It's enough for me, a petite person who cannot eat too much noodles without going into a massive food coma, but it definitely needs add-ins for bulk and nutrition.
4) I suspect this tastes better because the spiciness has added an extra flavor that makes this more interesting. I can't really taste that it's vegan. The sunflower/sesame oil packet adds the fat that also covers up the fact that it's vegan.
5) The price is $0.20 more than it was from the first release. It's $1.49 per cup, which is still technically affordable (but I can also get a box of pasta for $1 and throw it in some garlic sauteed with olive oil and season it with salt and pepper...soooooo...).
6) When you do doctor this with toppings or leftovers that you have lying around, it does taste pretty good and gets the job done when hanger is a problem and needs to be addressed ASAP. So would I repurchase? Actually..maybe.
TL;DR: Trader Joe's Spicy Miso Instant Ramen Soup. It's not that spicy but spiciness makes everything instant taste better apparently. 7 out of 10.
Asian Grocery Lazy Girl Solutions Trader Joe's Vegan 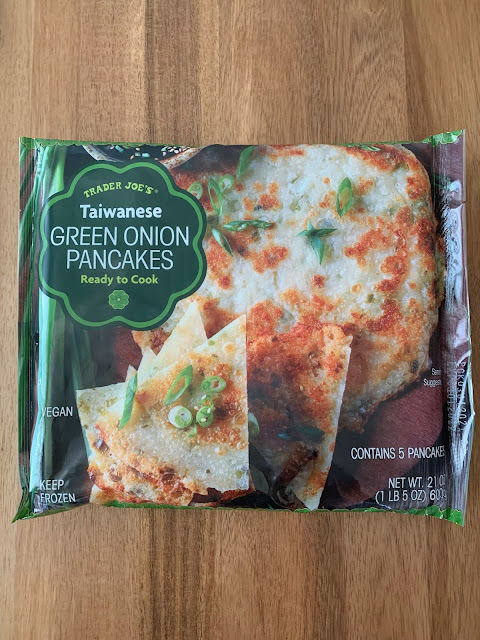 These days, you can pretty much discover via social media what new products are lurking about without ever setting foot in a Trader Joe's. It definitely hurts when you know it exists but can't find it in your store for whatever reason. I found this literally yesterday, browsing the frozen food aisle where I saw an Indian family considering this product. I waited patiently while the father deliberated - he picked it up, which left me to hastily grab the last package. OOOO WHAT A FIND.